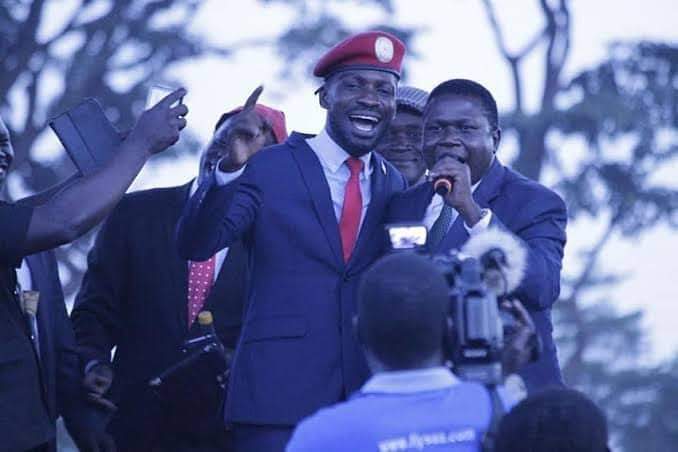 The Democratic Party President general Nobert Mao has been approved as the Justice Minister by the presidential appointments committee chaired by the speaker of Parliament Rt. Hon. Anita Among this afternoon.

Mao who has overtime exchanged rants with the opposition National Unity Platform party has been predicted to fulfill the assignment of liaising with the Electoral Commission to dissolve the party he has spent his final moments in the opposition challenging. While appearing on the BBS Terefayina political talk show last evening, political analyst Charles Rwomushana anticipated that Mao’s maiden assignment shall be exercising his constitutional powers to deregister the National Unity Platform party of Hon. Kyagulanyi Ssentamu Robert aka Bobi Wine.

“Mao has been claiming that NUP is a fake party with a forged constitution. He will do everything possible to dissolve that party. I can predict that his first assignment as Justice Minister shall be to challenge the constitutionality of the National Unity Platform,” Rwomushana said. “I can assure you that his alliance with NRM is to dissolve NUP.  As Justice Minister he has the final say on matters of constitutionality,” he added.

During his verbal rants with the NUP leadership earlier this year in February, Mao tweeted a symbolic image of a hen with plucked feathers to depict anticipate Bobi and NUP downnfall.

Mao’s fights on Twitter continued till the health condition of his childhood friend Rt. Hon. Jacob Oulanyah deteriorated prompting him to give his war on NUP a break.

“Today is my first time to adress this issue. Mao, I respect you. Deep inside your heart, you know that we are all slaves in this regime. I know that you know the pain that your people are going through and I know that you know the disappointment of the people. But two wrongs don’t make right. That’s why I do not respond to your attacks. Not because I just want to ignore you but because It doesn’t take the struggle any further. Deep inside I know there’s the moral Mao and God willing, that Mao will show up,” Kyagulanyi explained in April during a talk show at BBS Terefayina.

As a student of Obote’s ideology and school of thought, Mao is devoid of shame and can do anything to achieve his individual deeds. In his capacity as Justice Minister, he is likely to compromise officials at the Electoral Commission and nullify the legality of the National Unity Platform party towards the 2026 general elections. In his own words, “Museveni appoints you as a minister and you turn out to be his wheelbarrow,”Mao is likely to take path of all past opposition leaders who’ve defected to NRM and lost their intellect.

Museveni understands that NUP remains the only standing opposition political party with the goodwill of a huge section of Ugandans. He understands that NUP is well rooted in the spheres of Buganda which is why he used people like Mao to preach NUP as an intolerant tribal party. The comments Mao made on NUP at the time the late Rt. Hon. Jacob Oulanyah passed on are well remembered. He seemed to show that NUP contested Oulanyah’s treatment simply because he was not a Muganda. Mao’s toxic comments would later be absorbed by the Chief Justice Alphonse Owiny Dollo who also lashed out at NUP and Buganda. Now that Dollo and Mao have teamed up in the judicial docket, analysts have warned the NUP leaning leaders may never get justice in Ugandan courts again.