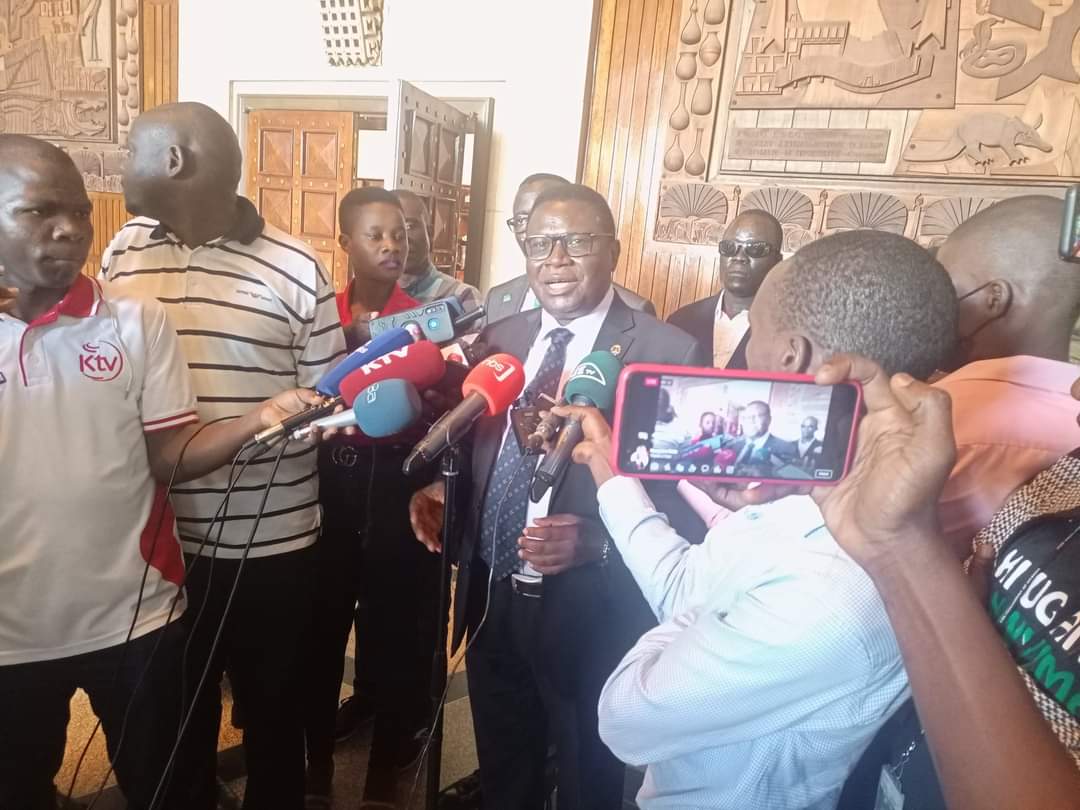 The newly appointed Justice and Constitutional Affairs Minister, Norbert Mao has vowed to retain the Democratic Party presidential seat, amidst calls by some party MPs to step aside.

Mao who addressed media immediately after leaving the presidential appointments committee at parliament said he will not heed to calls by some party members who want him to step aside now that he has scooped a Ministerial slot in the ruling NRM party.

“We are setting a new trend. We have to work with the NRM government as we forge a transition,” Mao says. “Those who are saying I should leave DP are simply misguided by their emotions,” he adds.

Mao says the cooperation MoU he signed with Gen. Museveni of the NRM party does not in any way compromise his position as a DP member. He insists that he is still the serving party President general, contrary to the concerns raised by the party legal advisor Erias Luyimbazi Nalukoola who says Mao has ceased being their party leader.

“I am not going anywhere. Let them go to court and petition,” Mao has guided.