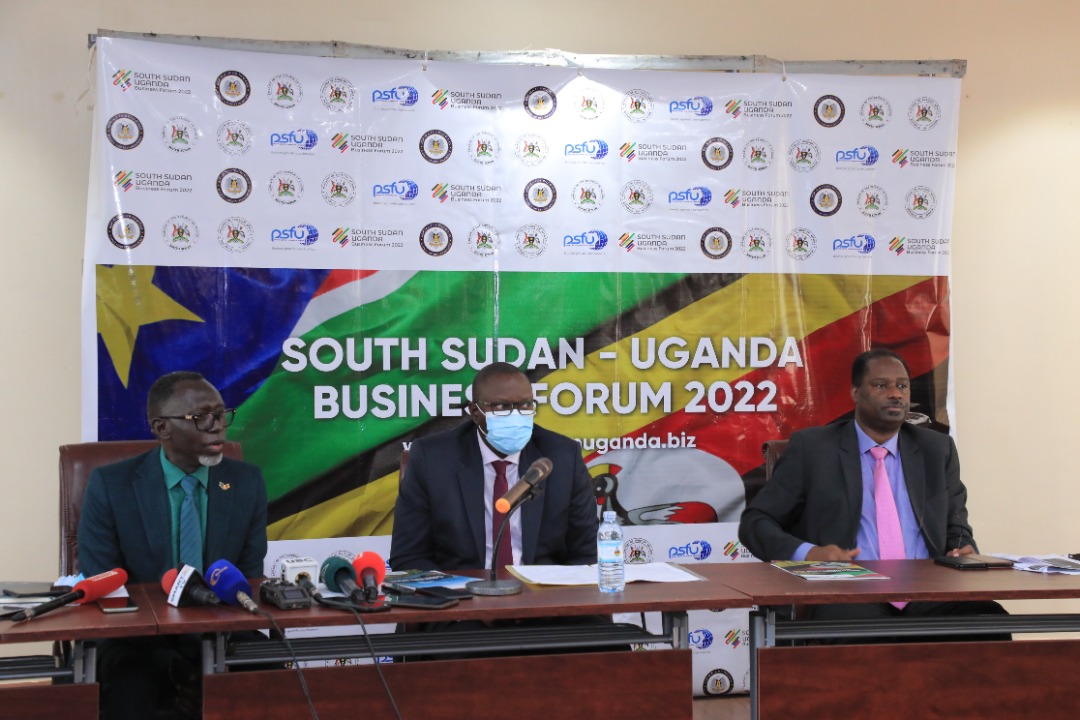 It is estimated that between 900,000 and 1.5 million Ugandans are involved in business in South Sudan.

According to Mr. Micheal Allah-Jabu, the Juba City Council Mayor, Ugandans should invest in bigger businesses that are more profitable and create value for Uganda and South Sudan rather than investing in small businesses that create less value for both countries.

“I am appealing to you, Ugandans, we would wish the Ugandan community to provide bigger businesses, which can employ South Sudanese, so that we are also able to improve our economy and household income,” said Mr. Micheal Allah-Jabu, the Juba City Council Mayor.

Uganda is one of South Sudan’s main export destinations, and between 900,000 and 1.5 million people from Uganda are estimated to work be working in South Sudan.

However, many of them work for companies with a total market value of more than $900 million and only 1,200 Ugandans, mostly in the service sector, non-governmental organizations, ministries, and enterprises, are thought to be working professionally.

High levels of poverty and food insecurity make South Sudan more vulnerable to shocks, which, according to Mr. Allah-Jabu, offers plenty of investment opportunities for Ugandans to improve the country’s development and service delivery.