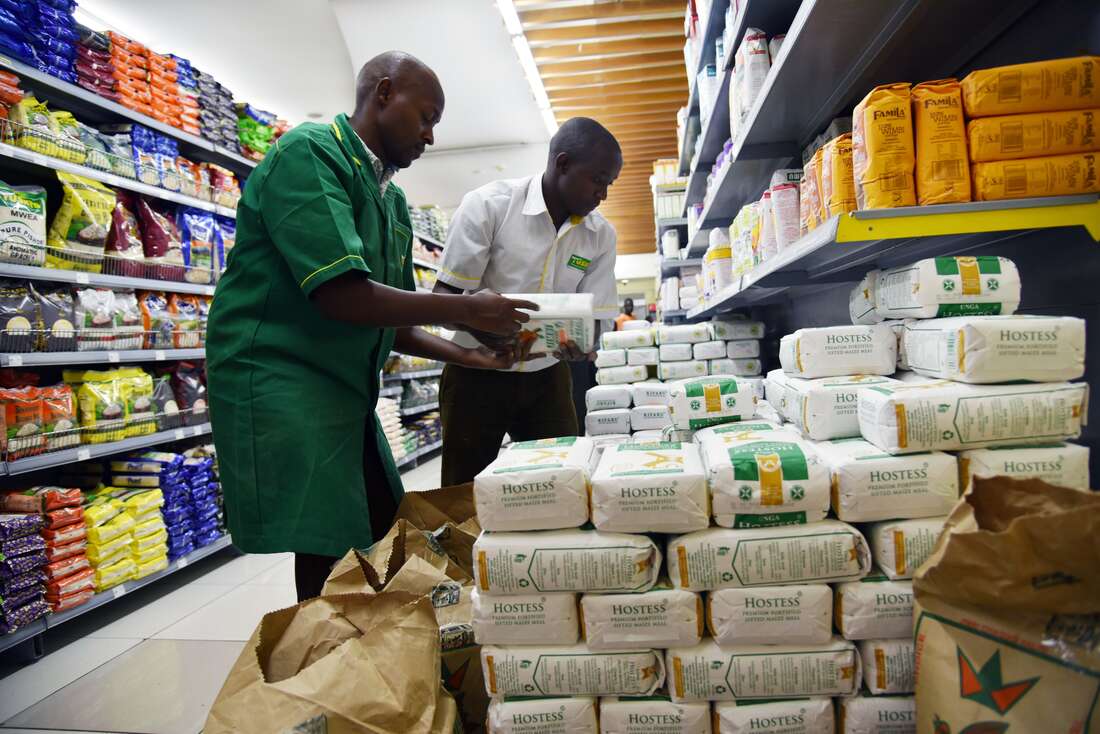 Big supermarket chains in Kenya have capped the number of packets of maize flour that customers can purchase since Government directed a drop in prices to Shs. 100 under a short-term subsidy programme.

The uncertainty over the future has seen Kenyans buy large quantities of flour for stocking in anticipation that the government might not renew the four-week subsidy after the elections.

At the beginning of this week, the President of Kenya His Excellency Uhuru Kenyatta announced that a 2kg bag of the flour would retail at 100 Kenyan shillings ($0.84; £0.71) a reduction of more than half from a week ago.

Following the President’s announcement, the government has gone ahead at to warn that anyone found selling above the set price will be arrested and prosecuted.

Whereas the future is unclear in terms of how long the subsidy will last, the minister for agriculture has told the BBC that millers should expect maize imports from Zambia in days, to help ease a huge shortage.

Meanwhile, the Retail Trade Association of Kenya (Retrak) said it had opened talks with suppliers to recover the Sh175 million they had paid for advance delivery of the commodity.

“We have commenced engagements with the respective maize meal suppliers to recover more than Sh175 million, which is a cumulative estimate of the higher price paid to them to facilitate deliveries,” she said.

Kenya has traditionally been depending on neighbouring countries such as Tanzania and Uganda for maize imports, but the two have since turned to the South Sudanese market where higher prices are offered.