PICTORIAL: Mao jets in for vetting 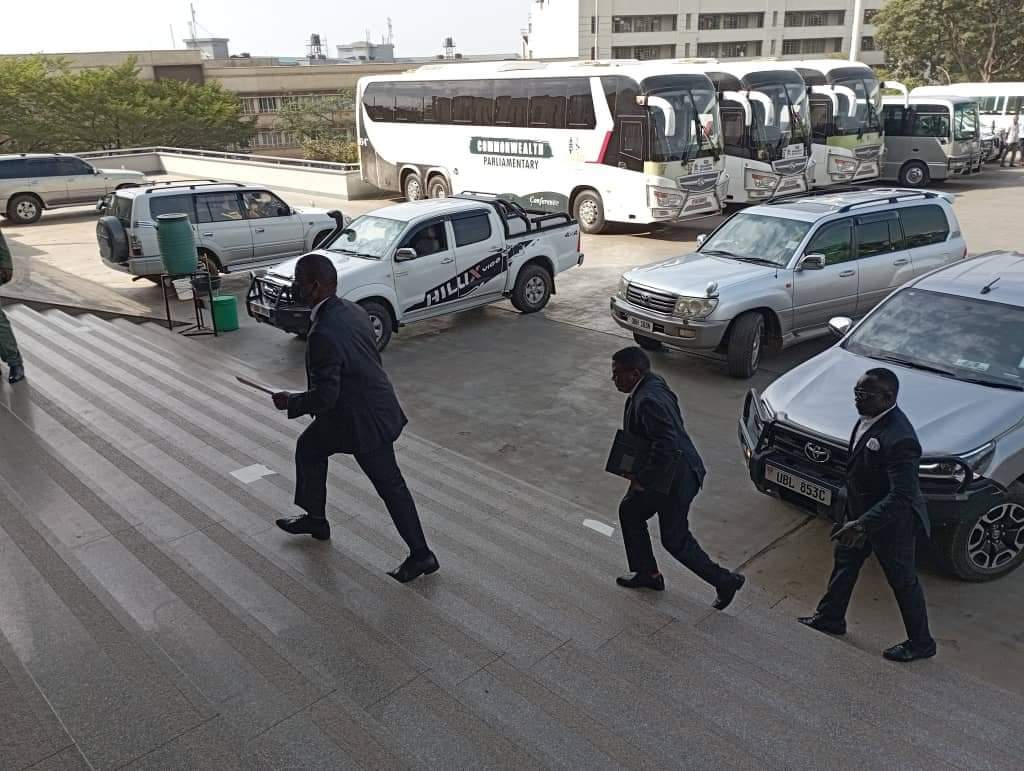 The presidential appointments committee is to this morning vet the newly appointed Justice and Constitutional Affairs Minister Hon. Nobert Mao.

The under fire President general has arrived at parliament for vetting. He is being accompanied by a plain clothed security escort.

Mao’s appointment has left the Democratic Party supporters aggrieved with many vowing to reshuffle him instantly. The party legal advisor Erias Luyimbazi Nalukoola says whatever cooperation that ensued between Mao and Museveni was at a personal basis, not the stand of the Democratic Party.

“What sort of MoU is signed without the involvement of the legal advisor?,” Nalukoola questions. “Mao has ceased being a member of the Democratic Party,” he adds.