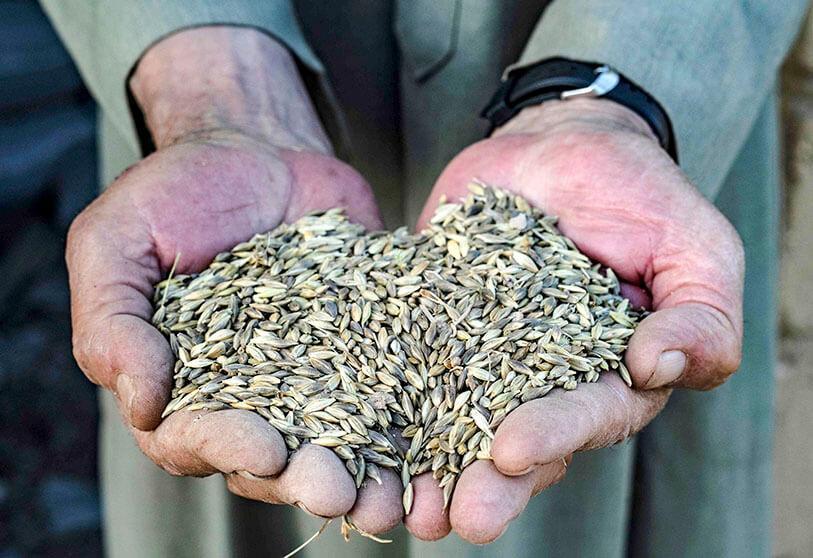 In an agreement brokered with the help of the United Nations and Turkey, Russia and Ukraine have signed an agreement in Istanbul on Friday to free more than 20 million metric tons of grain stuck in blockaded Black Sea ports in Ukraine, a deal expected to help bring down grain prices and ease a global food crisis.

This development comes after months of talks in between the two countries Russia and Ukraine with the help of the United Nations and Turkey.

We’ve learnt that the agreement provides a method for exporting Ukranian grain through Turkey after the United Nations gave Russia assurances that it can export its grain and fertilizers.

This agreement is expected to ease catastrophic food shortages that worsened when Russia invaded Ukraine in February.

Ukraine is one of the world’s breadbaskets and the invasion reverberated across the global economy, aggravating a growing food crisis, contributing to famine in Africa and threatening political unrest in some countries.

According to Senior UN officials, the first shipments of grain out of Odesa and neighbouring ports were only weeks away and would quickly bring five million metric tons of Ukrainian grain and other foodstuffs to the world market each month which would also free up storage space in Ukraine’s silos for freshly harvested grain.

While Kyiv and Moscow have agreed on very little since Russia’s full-scale invasion of Ukraine began on Feb. 24. Today’s pact was the first time that representatives from the two countries have publicly signed an agreement.

According to the UN officials, the agreement will expire after 120 days but could be renewed on a rolling basis to normalize the export of grain for the months to come.

Following today’s pact, Ukranian Captains will steer the vessels with grain out of Odesa and neighboring ports of Chernomorsk and Yuzhne through safe passages mapped by the Ukrainian Navy to avoid mines.