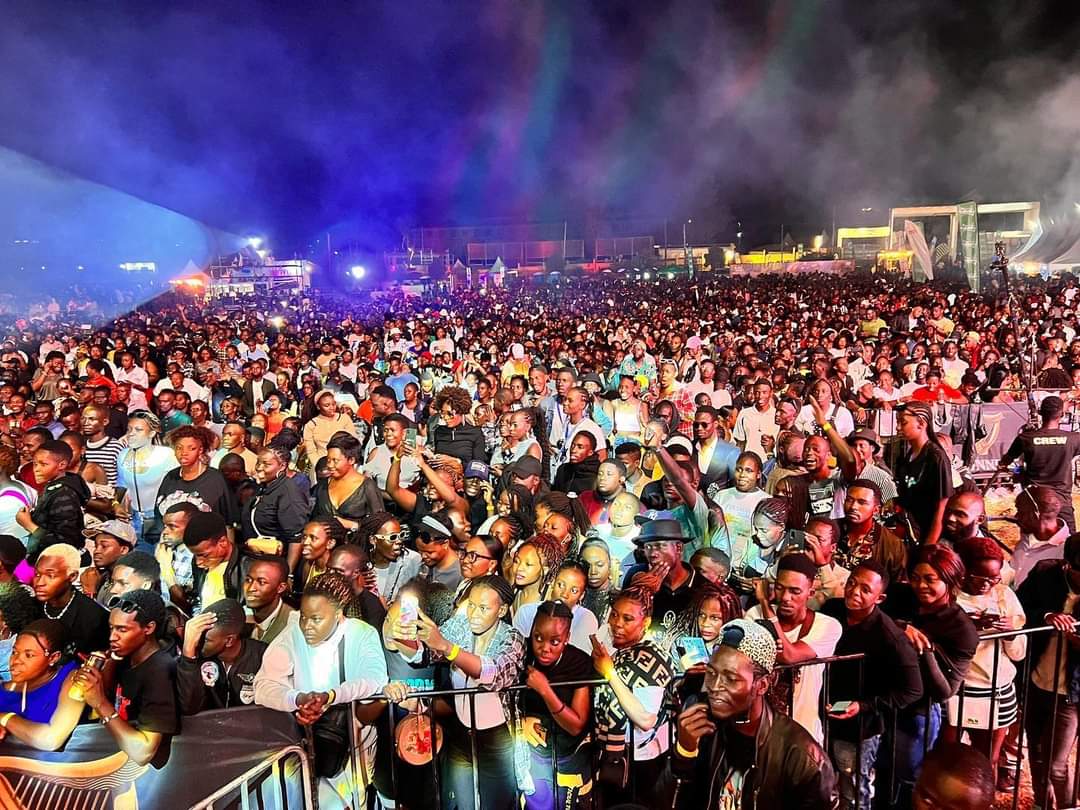 The super star who signed to the Swangz Avenue label taxed her debutant concert at UGX 50,000 per person but still the people forgot about the economic meltdown and afforded to attend her show out of love as they scampered to sip from the oasis of the tasty ‘African Music’.

By 7pm, the arena was filled past capacity. Organizers say even the ticket sales were done by the morning of Friday. Azawi whose hits have topped the charts of Uganda for the entirety of this year has been the talk of the city with her fanbase tasking her to throw a concert so she can wipe off their covid lockdown trauma.

With hit songs like ‘Party Mood, slow dancing, majje and Bamututte’ Azawi left her fanbase mesmerized. Her musical fete is exactly what urban party lovers have been yearning for.

Clad in her white attire, the artiste rose to the occasion at exactly 7pm and commended her fanbase for braving the economic crisis to support her music. She perused through all her music starting from the 2019 ‘Quinamino’ hit all the way to her new album dubbed ‘African Music’.

Azawi’s performance was preceded by a number of local artistes who warmed the hearts of the revelers. Azawi’s performance has been rated as one of the greatest to ever happen in recent time more so for an artiste who has just entered the musical arena.