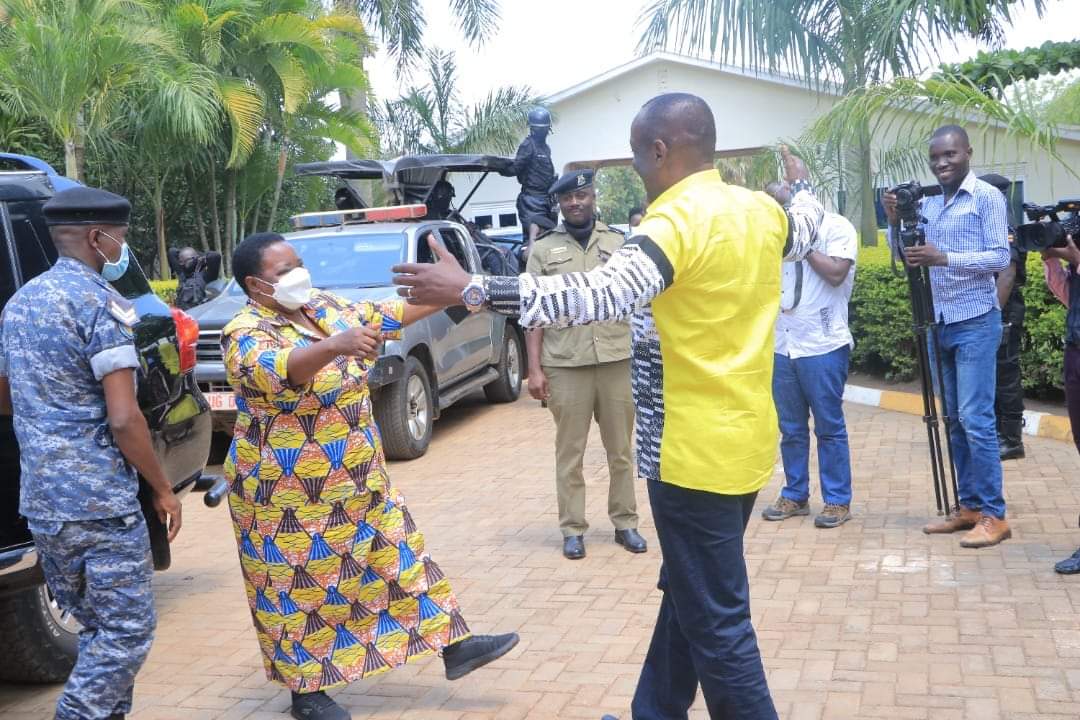 In a by-election that tests whether the ruling NRM party made a great choice to assimilate and absorb the daughter of the soil Anita Among into its structures and catapult her to the speaker slot, pressure has intensified with the rivalry between the two parties shooting up.

On Friday afternoon, the Prime Minister Rt. Hon. Robinah Nabbanja flew to the campaign grounds in a military chopper to canvass for support for the NRM party candidate for the Soroti East by-election Herbert Edmond Ariko. Accompanied by her entourage and fully fledged security detail, Nabbanja was received by the NRM Vice president for the East Capt. Mike Mukula who took her through the antics of the region.

NRM is tusstling it out with Moses Attan who is the joint opposition candidate. Hon. Attan was ejected out of the seat via a court order in a petition that was filed to challenge the legality of his election after the petitioner said external voters from neighboring counties participated in the polls.

Attan, the Forum for Democratic Change party flag holder says the move to eject him was ‘flimsy’ and he is confident the will of the people shall ‘prevail’.

In her remarks upon her arrival to Soroti, Nabbanja said her coming is a blessing and a signal of the NRM party’s determination to win the election. She urged voters to shun opposition and vote for NRM if they want government to extend better services to the area.

Nabbanja, who vowed to pitch camp in Soroti, warned voters against being taken by opposition propaganda, saying that the only government that will offer service in the next five years is NRM, so voting for an FDC Member of Parliament is a waste of time.