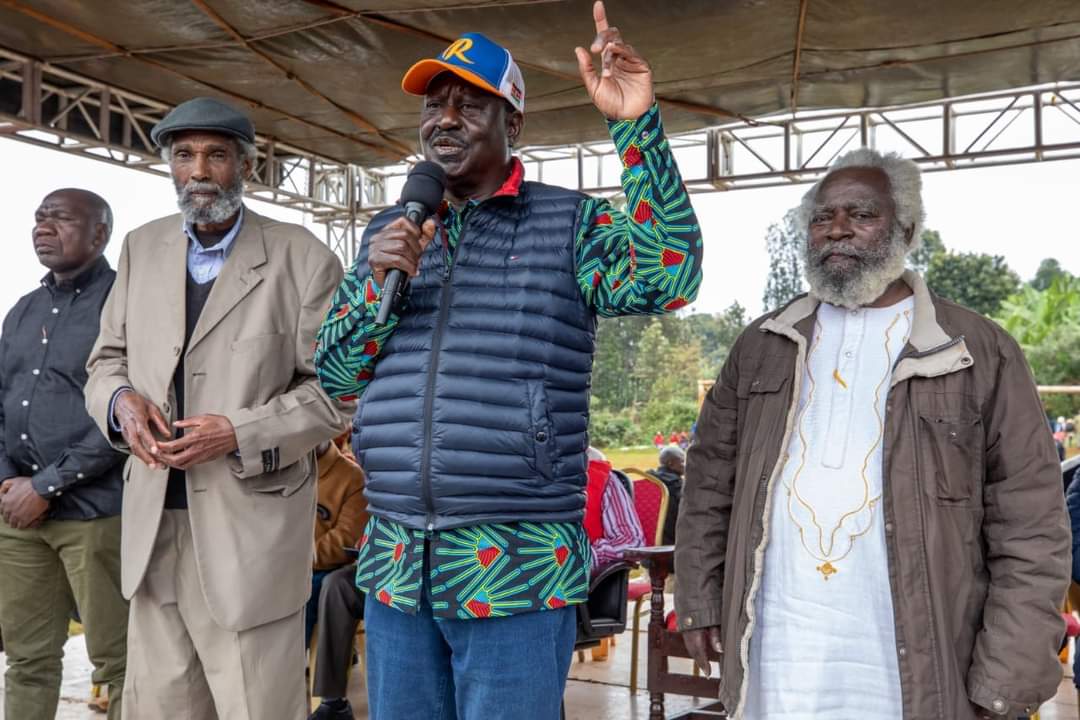 Mr. Odinga’s presidential campaign secretariat said in a statement on Sunday that joining DP Ruto on stage would be “a bad idea”, terming Ruto as a leader who “will do and say anything” to seek power.

“… he has become desperate. He is a man who has no regard for ethics, public morals, or shame. That is why he has demanded that the debate not focus on corruption, integrity, ethics, and governance — the key existential questions that Kenya faces. These issues sit at the core of the Azimio campaign,” said the secretariat’s spokesperson Prof. Makau Mutua.

“Any debate devoid of these questions would be an insult to the intelligence of Kenyans. That is why we do not intend to share a national podium with a person who lacks basic decency.” he added.

“It would be a colossal mistake to reward such a person with a national debate…. In lieu of a traditional debate, we plan to take part in a televised town hall at Jericho Social Hall in Nairobi’s Eastlands with ordinary Kenyans to offer our solutions to the challenges facing the country and common people,” said Prof. Mutua.

“(Mr.Odinga and Ms. Karua) will answer questions put to them by the people of Kenya openly, honestly, and free from what would otherwise be nothing more than empty self-serving political theater.” he noted.

On Thursday, DP Ruto’s campaign team demanded disclosure of time limits that will be allocated to various issues that will be discussed in Tuesday’s debate.

In a letter to the Presidential Debate Secretariat, Hussein Mohammed, the Communications Director for Ruto’s Presidential Campaign, called on the moderators to allocate equal time to issues affecting Kenyans and “equally allow candidates a fair opportunity to address them.”

“To that end, we wish to know in advance the number of minutes that will be allocated to respective interventions including, but not restricted to Governance and Integrity, Agriculture, Healthcare, MSMEs and Manufacturing, Housing, the Digital Economy, Foreign Policy, and so on and so forth,” reads the letter in part.

The team claimed during the Deputy Presidential Candidates debate on Tuesday, July 19 crucial time was wasted on issues that are of not much interest to Kenyans.

“We note with dismay that an overwhelming allocation of time was devoted to canvassing personality, political relationships and similarly trivial pursuits at the expense of the issues that Kenyans demand and deserve to know from the campaigns. We regret to observe that a crucial opportunity was therefore laid to utter waste,” added Mohammed.