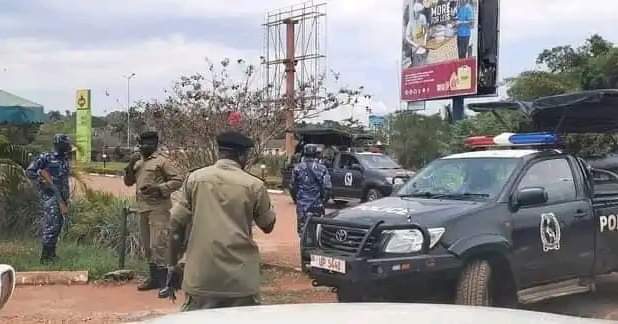 The duo were heading to Soroti to campaign for FDC’s candidate Hon. Moses Attan but the RPC allegedly ordered the duo to return to Kampala!

By press time, Besigye’s vehicle was being escorted out of Jinja by police amidst heavy security.

The People’s Front for Transition leader and his counterpart Samuel Walter Lubega Mukaaku have just returned from prison a few weeks back after their arrest in downtown Kampala as they protested inflation and soaring commodity prices.