Angola gears up for August elections 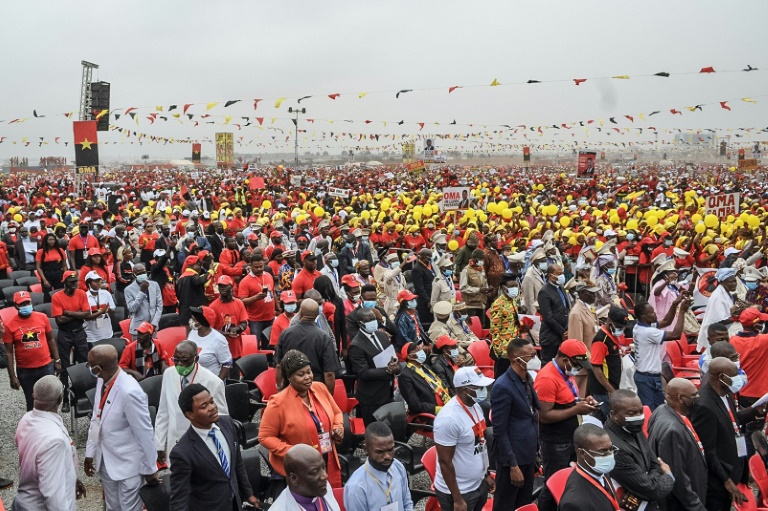 Angolan President Joao Lourenco is seeking a second term in the August 24 vote, which observers predict will be the tightest race since the oil-rich country emerged from a lengthy civil war two decades ago.

In his quest for re-election, Lourenco is running against UNITA’s Adalberto da Costa Júnior who has modernized the former rebel militia turned political force and broadened its base, joining forces with other parties.

According the Alex Vines, who heads the Africa programme at Chatham house, the excitement that accompanied the Lourenco’s rise to power in 2017 has “largely vanished”. Over 33 million people in Angola are yet to see the benefit of economic reforms, and feel Lourenco’s anti-corruption drive which has since fallen short of its promises.

Speaking at a rally in Camama, outside Luanda, for the opening campaign rally, President Lourenco defended his record stating that his government had created over 33,000 heath posts to be filled and would be available when the health units open for business.

At the same rally, the President promised investment, jobs and a new commercial hub.

“The new city (to be built near the airport, ed.) is a city that will handle a lot of logistical cargo, that will also generate a lot of money and that will obviously provide a lot of jobs, not only during its construction phase, but also when it starts its activities” announced Lourenco.

The August 24 elections will be the fifth time Angolans go to the polls since 1992.

This election comes weeks after the death of former President José Eduardo dos Santos, who ruled the country for 38 years.