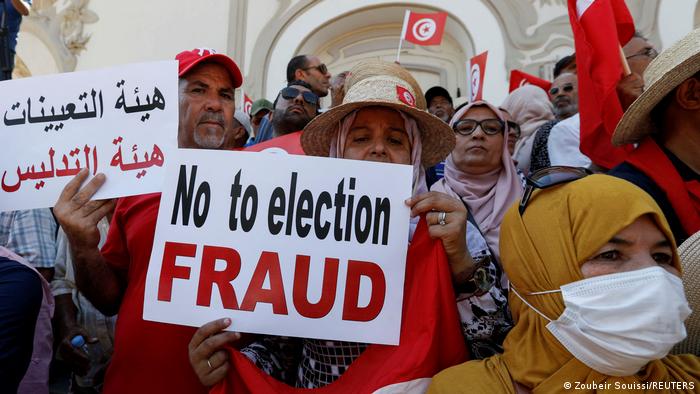 Today the twenty-fifth of July 2022 will mark yet another important date in Tunisia’s history. Several months ago, President Kais Saied announced the holding of a referendum on the new draft constitution that was shared publicly only on 30 June 2022, less than one month before the vote.

This drastic change of course throws the whole country into uncertainty and deepens divisions within society between the president’s supporters, who see the referendum as ushering a new era, his critics, who announce the end of the democratic transition launched in 2011, and the rest of the population, who have grown tired of political tensions and have borne the brunt of the economic crisis.

The uncertainty of the Tunisian political life opens the door to numerous scenarios, whose aftermath is unfortunately detrimental to the country and heralds’ future divisions and even deeper crises.

The referendum is taking place a year to the day after Saied sacked the government and suspended parliament in a decisive blow against the country’s young democracy. The text would allow him to head the armed forces and appoint judges, who would be banned from striking.

A few days ago, hundreds of Tunisians were still on the streets to demonstrate against the draft text put forward by their leader. Officials of the Islamic-inspired Ennahda party stood among protesters in TuniS accusing president Kais Saied of a power grab since last year.

The new Constitution aims to give less power to the Parliament as allowed by the 2014 Constitution. A decision considered a threat to democracy for many who praise the 2014 text inspired by the 2011 Arab Spring.

“I came to participate as a Tunisian woman, to say that I endorse the 2014 constitution and that I say no to the referendum, no to the one-man constitution, no to the concentration of power in the hands of one person, no to the destruction of institutions in Tunisia.”, explained Basma in Tunis.

Opponents have since called for a boycott of the referendum.