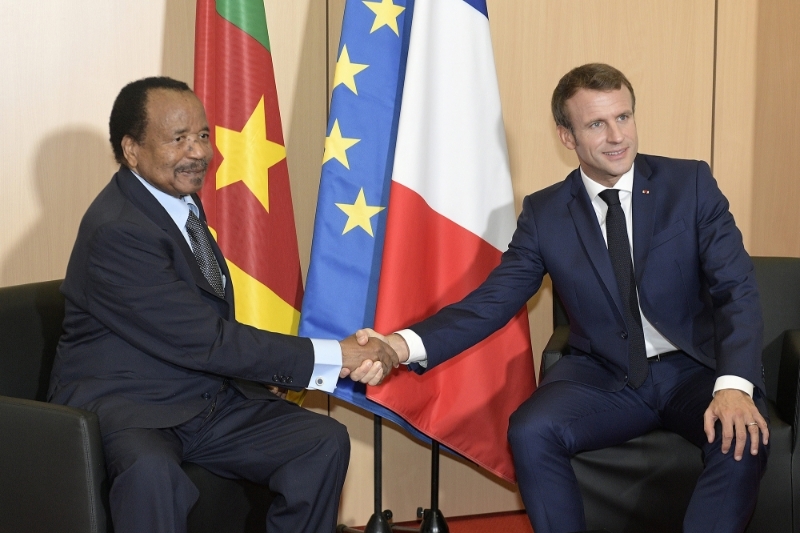 French President Emmanuel Macron is in Cameroon on his first visit to Africa since his re-election in April.

President Macron’s visit comes at a time when France is trying to strengthen it’s military partnerships across Africa to maintain competition in the face of increasing influence by Russia, China and Turkey.

According to a Cameroonian banker, “Obviously it is very good news for Africa, Central Africa and Cameroon when we see the current socio-political context with the hostility of France in Mali, the war in Ukraine, it is a very good thing. France is coming to Cameroon to warm up its relations and strengthen its support when we know the strategic role that Cameroon plays in Central Africa. It is a very good visit now”

During the discussions between Macron and the Cameroonian President, Paul Biya, Cameroonians have appealed that food crisis and security should top the agenda with the effects of the war in Ukraine in the supply of grain being a major concern and not forgetting the issue of human rights that should feature prominently.

Ethnic conflict and an anglophone separatist insurgency have torn apart Cameroon, Macron will meet President Paul Biya, 89, who has ruled the country for almost 40 years and is the longest-serving non-royal leader in the world. Some people want the French president to meet with opposition figures.

“We believe that, apart from the political prisoners of the MRC, there is also the question of the release of the presumed political prisoners of the Anglophone crisis. Why would the French president not also meet with the leaders of the Anglophone secessionist claims as well as the political leaders of the opposition in Cameroon”, said Pierre Emmanuel Binyam, communication officer of opposition party, the Movement for the Renaissance of Cameroon, MRC.

On Wednesday, Macron will travel to Benin, followed by Guinea-Bissau on Thursday, whose President Umaro Sissoco Embalo is preparing to take the helm of the Economic Community of West African States (ECOWAS).