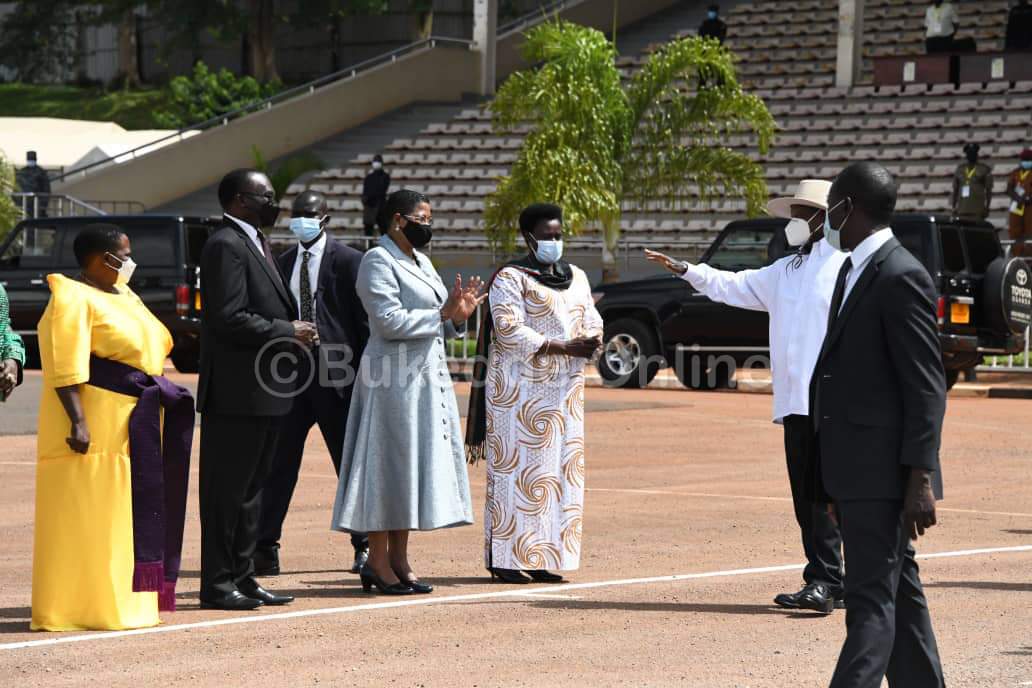 There’s an ongoing battle for supremacy and loyalty to the old man from Rwakitura (Gen. Yoweri Museveni) between the speaker of Parliament Anita Among and the Vice President Rtd. Maj. Jessica Alupo.

It is reported that Anita Among brought the candidate into the race while Jessica Alupo wants to show power in the by-election.

Alupo summoned a high profile campaign team meeting in Eleku village on Saturday and at the same time NRM Vice president for East Capt. Mike Mukula had another meeting in his home.

The Alupo faction resolved to drop Mukula for his political nemesis Sanjay Tanna. The move to adopt Tanna has reportedly angered Mukula who has vowed to report to Museveni. Mukula and Tanna fell out in the NRM party election where the latter was defeated as the Vice President for the party in the Eastern region.

President Museveni who arrives today in Soroti will peruse through the complaints.

“There are people Alupo can talk to, there are those Mukula can talk to. Soroti is a cosmopolitan city that’s why we need different people to help our candidate. Tanna has businesses here in Soroti and Mbale. He has support in the business community because he is well rooted in this area,” Todwong says.

FDC leaders have welcomed the factions within the NRM camp stating that it is a blessinf for the opposition to retain its seat. “When they fight amongst themselves it’s to our advantage,” FDC youth mobilizer Walid Lubega says.

The FDC secretary general Hon. Nandala Mafabi spoke about the polls this morning saying, “The people of Soroti have spoken and are willing to go and vote for Attan Okia on Thursday. NRM is in panic mood. They are removing NINs from people. They are using money to pay people at night.” He adds, “All government vehicles, ministers, police, and the army are here. The NRM government should know that this is an election, not a war zone.”