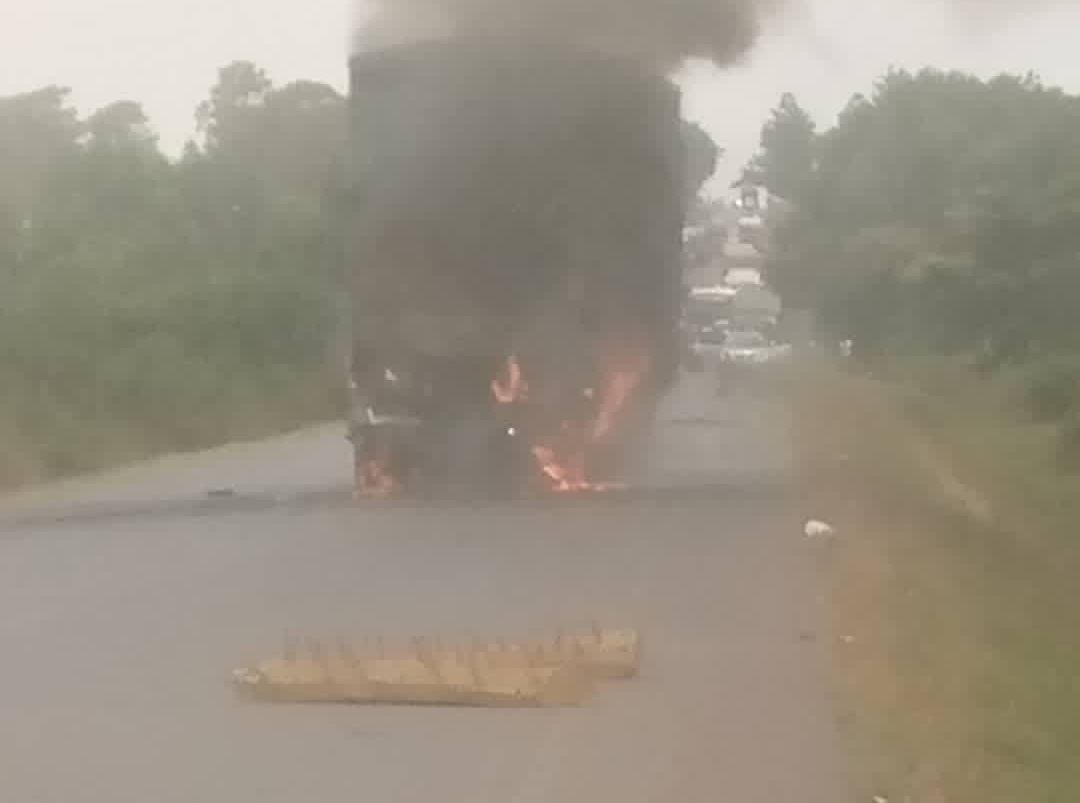 A gang of unknown protesters today stormed the police check point in Luweero district along the Gulu-Kampala highway and disarmed two police officers attached to the Field Force Unit, this reporter has learnt.

The rowdy crowd was part of the ongoing 3 day sit down protest announced by enraged Ugandans opposed to the soaring commodity prices.

Police officers in the Luweero triangle have declined to comment on the attack but theu say they will share the details with Kampala ‘soon as they are available.’

Similar violent scenarios were witnessed in Jinja city for the most of the morning as police battled with opposition supporters protesting inflation.

Police say they will continue to deploy across all major streets and cities to avert any violent insurrection.

I once warned that a time will come when the people start leading themselves instead of following politicians, infact it will be the people leading and the politicians following.

This will mark the end of the Museveni regime.
Dictatorships survive by buying off the leaders of the oppressed people. This time the people will be too many to buy off.