27.5% turn up for Tunisia’s constitutional referendum 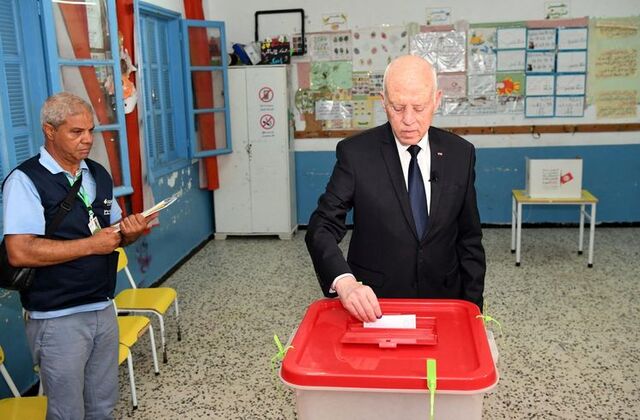 On Monday, Tunisians voted to approve a new constitution which critics of President Kais Saied fear will dismantle the democratic gains of the 2011 revolution by handing him nearly total power.

The opposition called for a boycott, describing Saied’s actions as a coup that might send Tunisia back to the dictatorial period that existed prior to the revolution and put an end to the 2011 Arab Spring movements.

However according to the Tunisian Electoral Authority, numbers released indicate about 27.5% out of 9.3 million registered voters turned up to vote and an overwhelming 92-93 percent of those who voted supported the new constitution.

“Without taking into account the polling stations that are still receiving voters, as I said, the number is 2,458,985 who voted out of a total of 8,929,665 registered voters in the country who voted and who were registered spontaneously or automatically”, announced Farouk Bouasker, President of the electoral authority.

“As a result, the turnout was 27.54% of the public registered to vote, including those registered by choice, of which there are about 7 million. As I said, this is an approximate percentage, which will certainly increase, and which will not decrease taking into consideration that there are polling stations that still receive voters”, added Bouasker.

Some of the New constitution’s main features include;

The new constitution shifts power back to the presidency and away from parliament, which for years has been synonymous with political paralysis since the revolution.