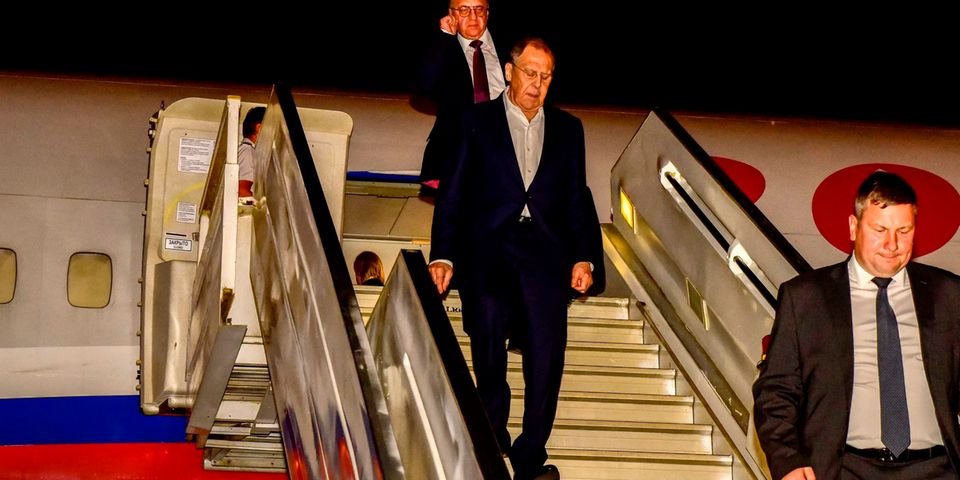 Russian Foreign Minister Sergei Lavrov is already on an official visit to Uganda as Moscow seeks to strengthen ties with non-friendly countries. Lavrov is on a nine day visit that kickstarted with Egypt, Congo and now Uganda. Lavrov was received by Uganda’s Foreign Affairs Minister Gen. Jeje Odong.

The visit is inspired by the neutral states in the UN vote earlier taken this year by member states to give their take on the Ukrainian invasion which the Kremlin insists is a ‘military operation.’

In the UN vote, Uganda was amongst the few African states that took a neutral stand on the Ukrainian invasion as the West sought to establish which countries are in support of Russia. Uganda’s abstinence from the UN vote coupled with a series of tweets by the first son Lt. Gen Muhoozi Kainerugaba signalled Museveni ’s support for the Kremlin.

Lavrov’s visit comes at a time when the West is also grappling with convincing African states to embrace the sanctions slapped on Moscow by the West. Africa remains neutral in the Ukrainian affairs. Attempts by the Ukrainian president Volodymyr Zelensky to convince the AU turned futile.

US president Joe Biden is also expected to campaign for the west during his interface with African leaders.

But what complicates Uganda’s stand before the eyes of the west is the fact that Kampala has hosted the Russian FM Sergey Lavrov at such a fragile time.

“In the sanctions by the West against Russia, they don’t mention that they have sanctioned wheat and fertilizers,” Museveni said. “He (Russian Foreign Minister Sergei Lavrov) told me that the West has stopped Russian ships from docking at a number of ports, so how will the fertilizers or wheat go if the ships don’t move,” he added