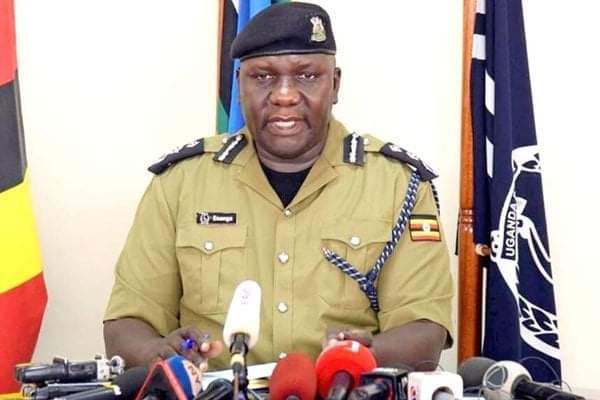 Enanga who addressed media yesterday at Naguru police headquarters revealed that they have information about the direct involvement of key mobilizers from the National Unity Platform party.

“We have established that some elected leaders from Kawempe led by Mayor Emmanuel Sserunjogi Oweddembe, Councillor Senono Denis aka Denicity, Sharon Kemigisha, Bagonza Thomas, Nsubuga Muhammad and Fred Nyanzi Ssentamu are mobilizing traders to close their shops,” he said. “These Councillors are fuelling these protests under their Kunga pressure group,” he added.

The ‘Kunga’ slogan was coined by the opposition National Unity Platform party as a mobilization tool to recruit members for the party. Party leaders say it is not in any way connected to what the police are saying.

Today marks the second day into the staged stay at home protests. Despite the heavy deployment across all major towns and cities, some streets especially those of Jinja appear to be abandoned.

Police have placed all their officers at standby alert following an attack on 2 of their officers at the Luweero check point. The alert according to security sources guarantees officers to shoot to kill any individual who attempts to disarm a police officer on duty.

Enanga says they have also asked RPCs and DPCs to disarm police officers and securiko personnel who move alone and are vulnerable to being attacked and disarmed.