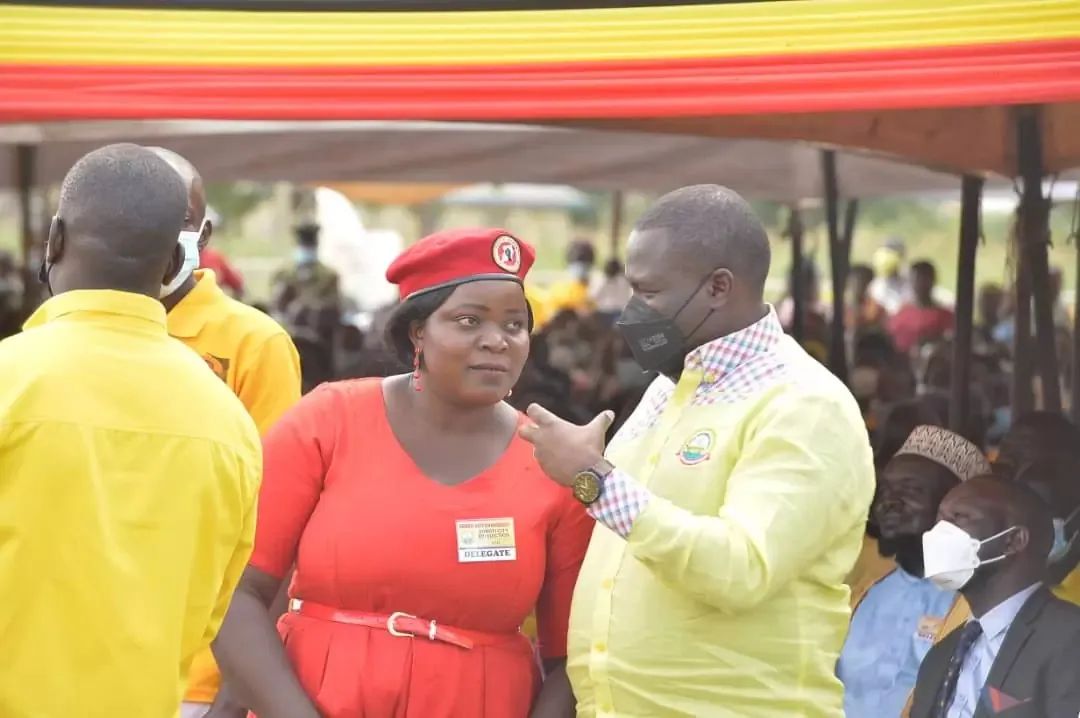 The former parliamentary aspirants in Soroti City under the National Unity Platform- NUP on Monday crossed to the ruling National Resistance Movement- NRM party as the Soroti East by- elections heated up ahead of the Thursday polling day.

Led by Grace Asio, the former Soroti City Woman MP contestant in the 2021 general elections, the team was presented to the NRM party national chairman President Yoweri Museveni at Aminit Vocational Institute in Madera Ward where he had showed up to canvass for support for Herbert Ariko.

Museveni commended the defectors and welcomed them to the ‘politics of ideology’ as opposed to the opposition extremism.

“You see, I’ve been telling these young people that NUP is confusing them. I am happy that they are now taking the message serious,” an excited Museveni intimated. “NRM is a revolutionary party. We are the vision bearers of this country,” he bragged.

Donned in a red beret, ironically an attite that was gazetted as a military monopoly, Asio who garnered only 81 votes in the previous general elections said she had made the wrong choice by being in NUP.

“My name is Asio Grace, former woman MP aspirant under Nation Unity Platform. I am the team leader and the representative of the NUP mobilization. We are here today to join the rest of NRM to support Hon. Edmond Ariko. His Excellency, we are with you in this,” she said.

Museveni however warned the NRM team that they are likely to lose the by-election to the FDC candidate Moses Attan in case they don’t iron out their differences. The fall out between the Vice President Rtd. Maj. Jessica Alupo and the speaker Anita Among eventually sparked the ouster of Capt. Mike Mukula as the task force leader and replaced with Sanjay Tanna.