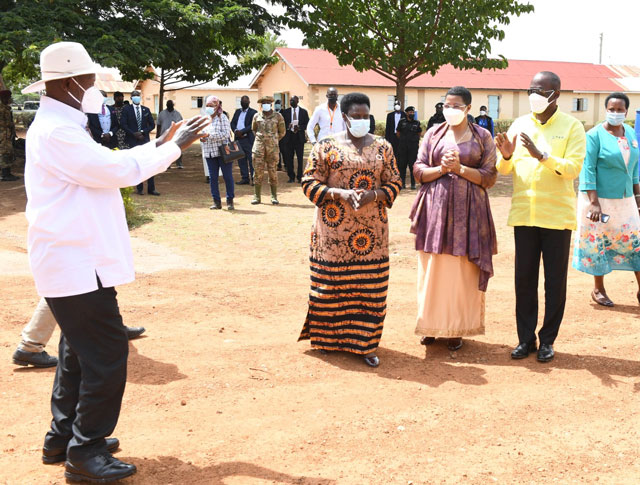 In Soroti canvassing votes for his NRM party candidate Herbert Edmund Ariko in preparation for the Soroti City East by-election scheduled for this Thursday, President Museveni has asked Ugandans to embrace politics that supports service delivery.

According to President Museveni politics based on religious and tribal affiliations puts the lives of citizens and the country at stake unlike service delivery-based politics.

“Some people have failed to understand politics. Politics is not about leaders, religions, tribes or clans, it’s not about Ariko neither is it about Museveni or Mike Mukula. It’s about you,” he said.

During his speech, he tasked voters to assess and understand the political dynamics in the country so that they can vote for leaders from an informed point of view adding that they should resist from voting Opposition leaders who may resist and drag development.

“Some people are wasting time with non-performing associations, before you indulge in politics, you need to understand which political party or group can solve our problems. If you look at insecurity, health, infrastructure or education services, which group has the answer?” Mr Museveni asked.

He went on to appeal to Ugandans to embrace government development programmes such as the parish development model, Emyooga, among others that are finance by Government to empower people and improve their livelihoods.

Also present are 50 NRM MPs drawn from across the country, who have also teamed up with several RDCS from the region to deliver victory for their candidate.