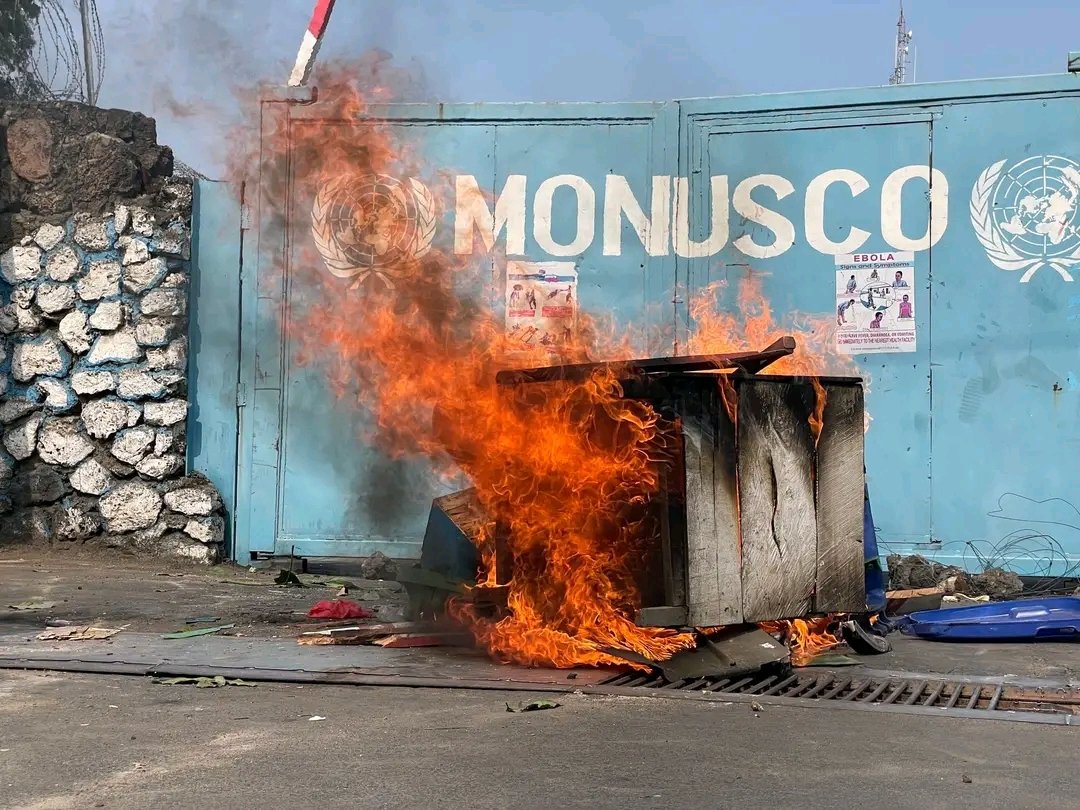 On Monday, protestors stormed a United Nations base in the eastern Congolese city of Goma demanding the departure of Peace keepers from the Congo region.

Hundreds of protesters blocked roads and chanted anti-UN slogans before storming the headquarters of the UN peacekeeping mission in Goma, as well as a logistical base on the outskirts of the city where they smashed windows, looted computers, furniture and other valuables from the headquarters.

Locals frequently criticize MONUSCO, the UN peacekeeping force in the Democratic Republic of the Congo, for what they believe to be its inability to put an end to fighting in the region’s conflict-torn east.

The volatile region, where violence has forced millions of people from their homes and mass killings of civilians are frequent, is home to over 120 armed factions.

The latest protest comes after the president of the Congolese senate, Modeste Bahati, told supporters in Goma on July 15 that MONUSCO should “pack its bags”.

Prior to the protests on Monday, Goma youth branch of the ruling UDPS party released a statement demanding MONUSCO “withdraw from Congolese soil without conditions because it has already proved its incapacity to provide us with protection”.