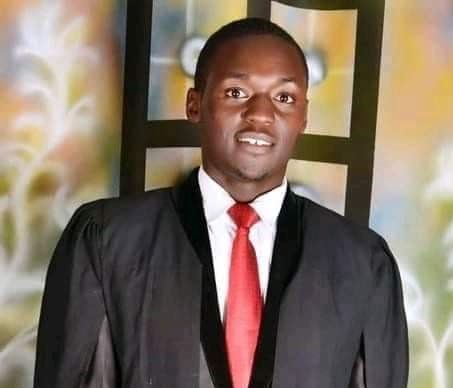 The UCU student murder suspects were on Monday taken to Makerere University to reconstruct the murder scene of Bewatte Betungura who was allegedly stabbed to death during the recent guild campaigns at the University.

Security personnel were deployed on all routes leading to Nsibirwa hall, guild canteen and the basketball court as the 3 suspects reconstructed the scene where Betungura was allegedly stabbed with a broken bottle and later succumbed to excessive bleeding.

During the crime scene reconstruction which lasted about an hour, the three suspects were handcuffed separately and were each being guided by detectives to reconstruct the scene after a thorough interrogation where they revealed details of how the murder occurred.

According to Police Spokesperson, Mr Fred Enanga, said the suspects who were made to reconstruct the scene are highly linked to Betungura’s murder.

“We have three suspects who are highly linked to that murder. The suspects led us after interrogating them. They reconstructed the scene and explained the role they played in the murder,” Mr Enanga said during the Monday press briefing.

After analyzing CCTV footage, CMI and CI zeroed down on 3 suspects who have been slapped with murder charges while five others including NUP MP representing Kassanda South, Mr Frank Kabuye have been released on bond and face charges of inciting violence.