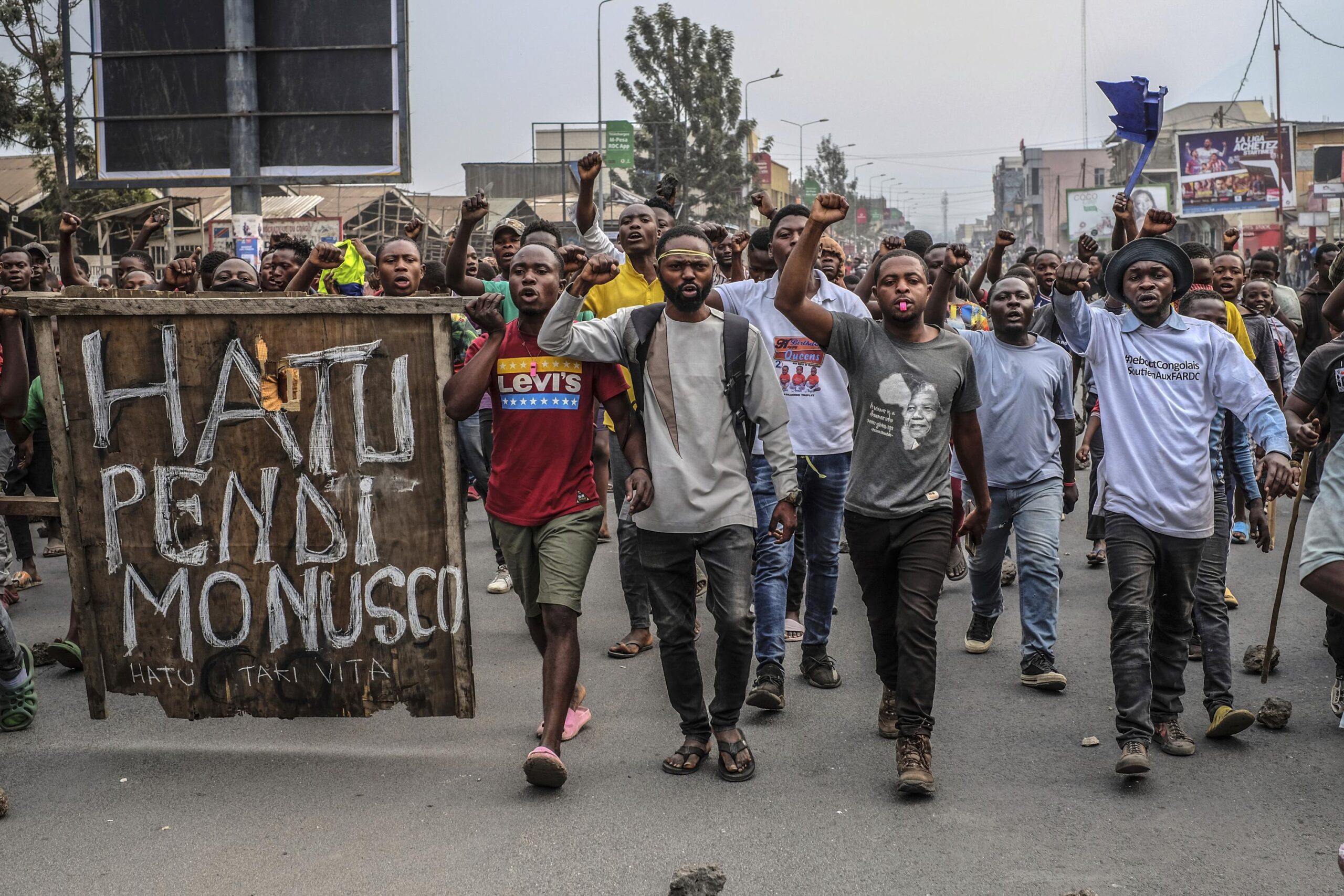 On Tuesday, 15 people lost their lives as a result of the protests in Eastern DRC. Three MONUSCO personnel and at least 12 demonstrators were killed in two cities of the North Kivu province, according to a UN spokesperson and the Congolese government.

Demonstrators have since Monday been gathering in various parts of the Eastern DRC demanding that the UN mission in Congo comes to an end and the peace keepers depart the region claiming that they have failed to disarm armed groups.

“The MONUSCO has been here in DRC for over 20 years, but there is no peace in North Kivu, no peace in the East, how can you explain the M23 rebel group has more powerful weapons than MONUSCO.”, says Mugisho Muhindo a protester in Goma.

Butembo, experienced chaos throughout the afternoon on Tuesday causing paralysis of all activities. hundreds of protesters had also surrounded UN’s logistics base in Goma and attacked the mission’s transit camp outside the city centre.

However, the Congolese security forces struggled to contain the crowd prompting a UN spokesperson to reveal that backup would be sent soon to calm down the situation.