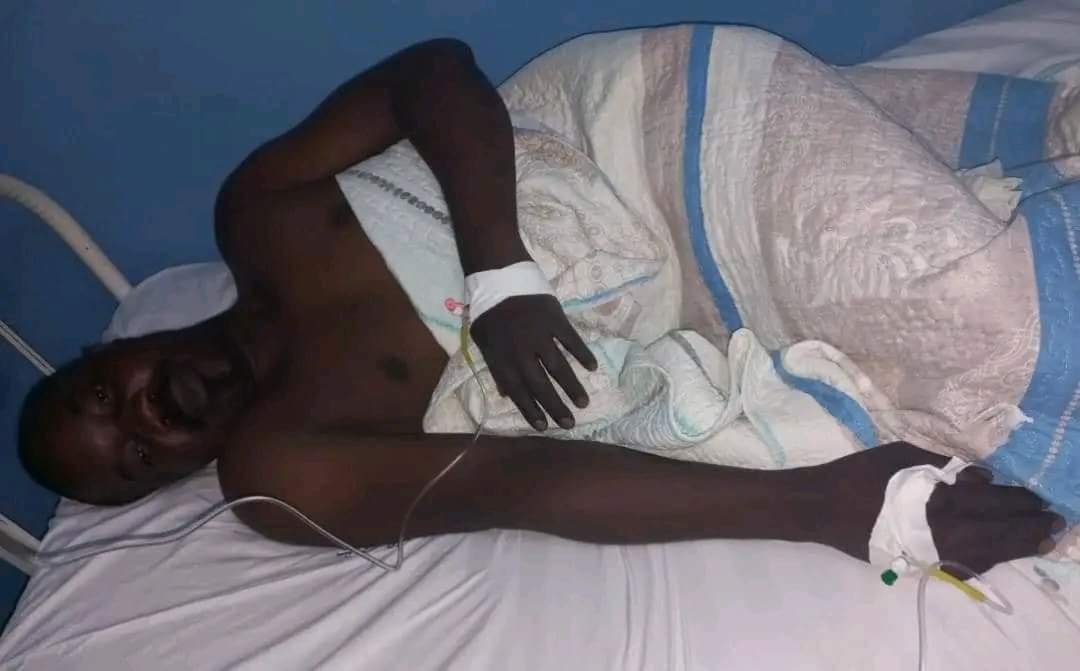 A day to the polling date, the joint opposition candidate Moses Attan has been rushed to hospital, following a strange ailment believed to have been induced by poison.

Attan’s team implicates the speaker of Parliament Rt. Hon. Anita Among to be the mastermind of the evil deed.

“Our candidate was fine until yesterday. We believe someone inside our camp could have laced his food with poison,” revealed the camp member who prayed not to be put on record. “Some of our colleagues are working with Among. We believe they must have a hand in this,” he adds.

Speaking from his sickbed this afternoon, Attan revealed that his health condition deteriorated last evening soon as he returned from the final rally. Attan says he experienced a strange diarrhea and felt a bit dehydrated. He adds that this is what compelled him to rush to a health centre only to be told upon the examination of his blood samples that his antibodies contained poison.

“I was poisoned yesterday. You may have realized I left the rally before it ended. I was given the local anti-poison and my night was tough-vomiting and diarrhea,” says Attan.
“By 3:30 am, I was too weak and had to be moved to a clinic where I was managed, and after one and a half hours, I was moved out of Soroti to a private facility for further management to avoid our enemies accessing me,” reads the post in part.
It adds, “Our enemies have gotten desperate and restless. However, they have no choice but to accept the will of the people and God. I am returning to the constituency today after further checkups, examinations, and treatment. I will be fighting to the end! With God on our side.”