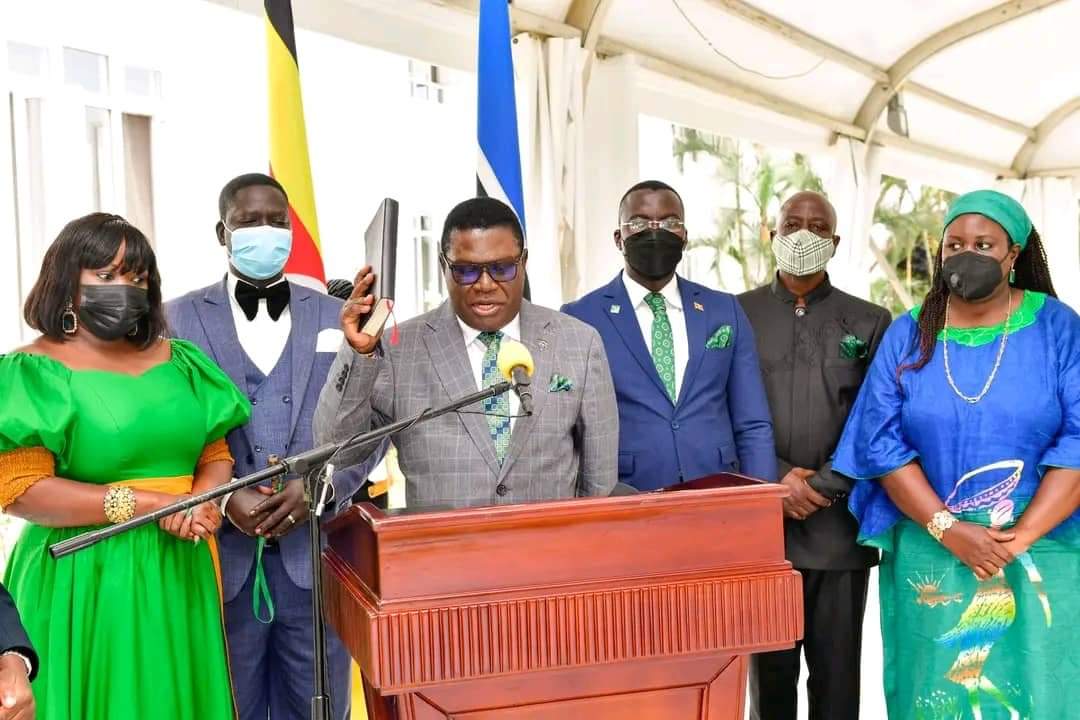 The Democratic Party President general Norbert Mao has finally taken oath as the Justice and Constitutional Affairs Minister, days after his approval by the presidential appointments committee chaired by the speaker of Parliament Rt. Hon. Anita Among.

Mao’s oath has been taken at State House Nakasero where he was accompanied by his relatives and the DP secretary general Gerald Siranda.

Prior to taking his oath, Mao emphasised that he remains the serving DP president despite efforts by delegates who are raising signatures to have him relieved of his duties. The delegates argue that their party constitution clearly dictates that one ceases to be a member soon as he crosses to the ruling government.

But Mao says he is serving the ‘NRM government and not a party’ as many DP members are assuming. He laughed off the censure efforts insisting that it cannot materialize since he has the backing of the secretary general who is the legally allowed person to sanction a delegates meeting.

Mao’s security has been beefed up and that of the DP head offices at City House, Kampala. Traditional DP members have decried the unprecedented deployment across their party offices with many arguing that it’s scaring away their supporters. DP spokesperson Enock Lokolel L’a Amanu says the deployment is justified given the threats the party president has been getting since he signed the cooperation agreement with NRM last week.