“Does police support to family of deceased officers stop at food (maize flour and beans) and the casket?” asks Police officer’s widow 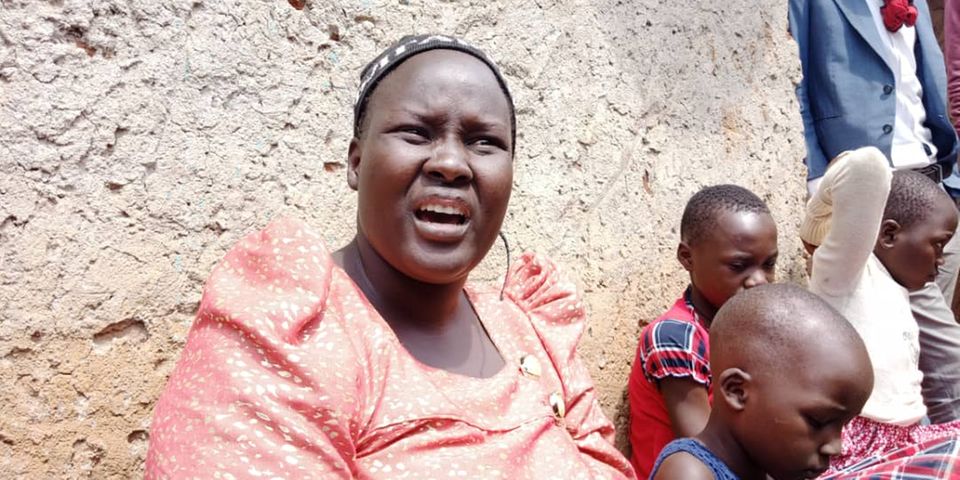 Ronald Busingye, 35, is a police constable who was attacked by machete wielding assailants at a checkpoint along the Kampala-Gulu high way in Luweero District during broad day light.

Busingye sustained multiple cuts on the head and died shortly after being rushed to Luweero hospital while his colleague Josephat Twinamatsiko survived with serious injuries and was later transferred to Kampala for specialized treatment.

Survived by a widow, 4 Kids and an extended family that he has been taking care of, the family appealed to police to expedite investigations and find the killers of Busingye.

According to PC Busingye’s widow Ms Phionah Likicho, government owes the family a clear explanation on circumstances under which her husband was killed and also start supporting the family, especially his four orphans.

“Does police support to family of deceased officers stop at food (maize flour and beans) and the casket?” she wondered before adding: “I would like to know any other package they give to officers who died on duty.”

The widow also revealed that PC Busingye is survived by four children, two of whom are hers with the youngest being seven months old. She asked the police to support the orphans until they complete their education.

The Widow also noted that the deceased met his death two days after he had been transferred from Mpigi District to Luweero district.

Busingye’s father also revealed that his son joined the police force 12 years ago after completing senior four and he has been the sole breadwinner of the family.

“My son has been the sole breadwinner of the family and he was just planning to build me a house for me. Let the government look for the killers because my son died on duty. We also want support because he has left young children and I don’t know who will fund their education,” he said.