”Foreigners destroyed Africa, my job is to rebuild it,”~Museveni 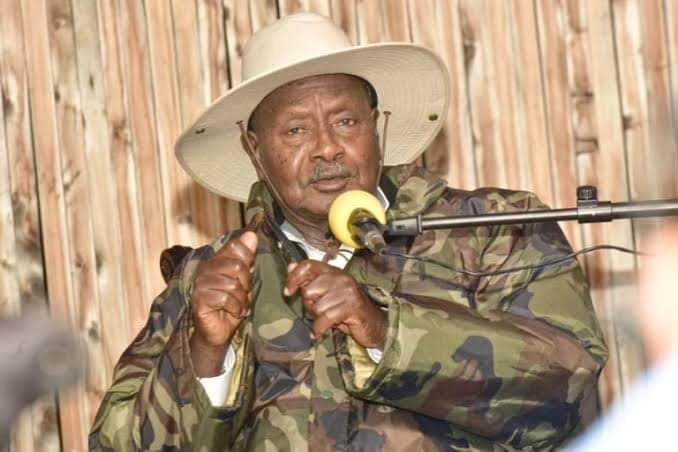 President General Yoweri Kaguta Museveni the commander of the original Resistance Army has come out blame foreigners and past African chiefs for the anarchy, underdevelopment and destruction of the African continent.

While addressing the nation yesterday broadcasted on all media houses, the 4 star General dressed in military attire said that at first the foreigners came to Africa with good intentions of finding a sea route to the East having been blocked by the Turks in the earlier centuries but ended up setting their eyes on the African resources.

Museveni said that in the end, they collaborated with the African chiefs who were given mirrors and cloths in exchange for humans (slaves) and minerals like gold , copper, etc.

The General thus said that it is his role and other African leaders to rebuild Africa to greatness as it has been left so behind in terms of development.

Museveni said this why he does not take any orders from foreigners on how to run Uganda because they actually do not understand the needs of Africa.

He also added that some opposition politicians who are agents of foreign interests are used to subbbortage his clear vision for Uganda but promised to defeat all the negative forces for a better pearl of Africa.

“We shall defeat all those enemies of Uganda and Africa like I defeated the ADF and all other rebel groups.” He said

Museveni also took the opportunity to thank the Ugandan courts by adopting his idea of denying bail to criminals because in the past the criminals took advantage of the weaknesses in the Court systems bt securing bail as early as possible to defeat justice.