IGG turns to God seeking guidance in the fight against corruption 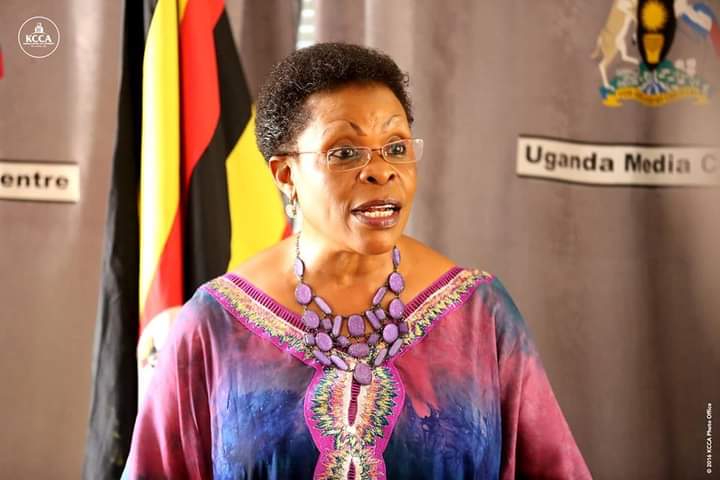 Motivated to fight corruption, the Inspector General of Government, Ms. Betty Kamya has turned to places of worship seeking God’s guidance in the fight against corruption.

Addressing a joint press conference with the Inter-Religious Council of Uganda (IRCU) in Kampala yesterday, IGG Betty Kamya said they have organized anti-corruption prayers at Kololo Independence Grounds scheduled to take place on Friday, 29 July and the Minister of Education and Sports/ First lady will be the guest of honour.

“The Inspectorate of Government and partners have a robust plan to deal with corruption this year but as a God-fearing nation, we have agreed to place God at the center of the war against corruption in the financial year 2022/2023 and to launch our fight with national interdenominational prayers against corruption,” Ms Kamya said.

Adding that as the President revealed the national budget, thieves pulled out their calculators to find out how much they would embezzle in the financial year 2022/2023.

“Our fear as a nation is that given the past experience, the leeches are waiting to steal this money for their individual benefit. It is now common knowledge that corruption is at the core of Uganda’s social and economic problems,” Ms Kamya said.

“It is the reason why Ugandans are frustrated. Medicine does not reach hospitals, government jobs are given to people who don’t qualify for them, roads are in bad shape, road carnage results in deaths. It is the main reason for land grabbing, the influx of Ugandan girls seeking menial jobs abroad, and why government is unable to rise salaries for public servants,” the IGG added.

The IGG also revealed that the budget to her office has also been increased by government from Shs 43 billion to Shs79b to enable them fight corruption and recover stolen resources adding that in the last eight months, her office was able to recover Shs12. 6 billion from corrupt officials in institutions such as the Ministry of Finance,  Agriculture, and the Uganda Bureau of Statistics.

“They misappropriated the funds and faked accountabilities. We got them through whistleblowers. We appreciate whistle blowers for doing a great job,” Ms Kamya said.

A survey commissioned by the inspectorate last year revealed that Uganda could be losing up to Shs20 trillion per year to corruption out of which Shs10 trillion is lost through undeclared taxes and utility user fees, corruption in procurement, inflation of the public payroll, and shoddy work, among other ways. It is at this point that the IGG noted that if only her office was well facilitated, she would be able to recover between Shs100 and Shs200b per year.