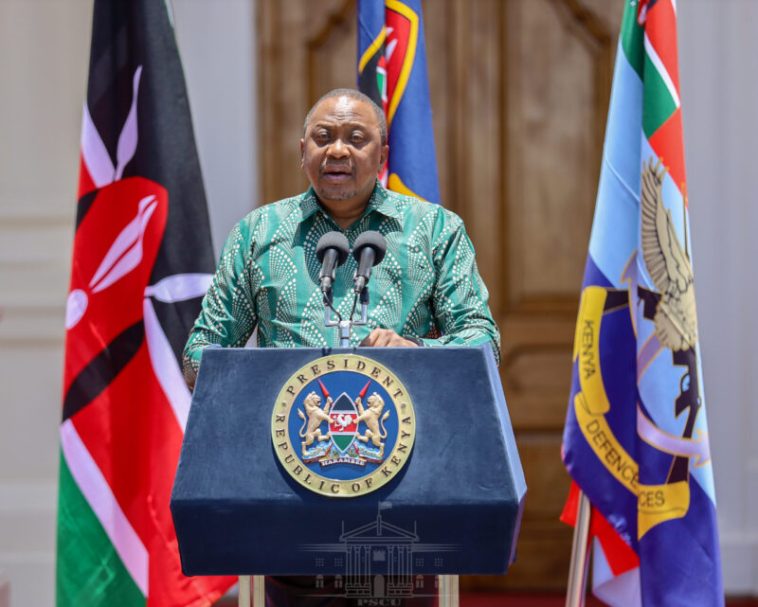 President Uhuru Kenyatta’s relocation to his private residence from State house is underway, 11 days to the August 9 polls.
According to reports, movers started packing his personal property from State House, Nairobi, and all other state lodges across the country.

The President has been a tenant at all state lodges for the last 10 years.
He moved into the residence after his predecessor, the late Mwai Kibaki, officially handed over power to hi
The 2010 Constitution dictates that the president-elect shall be sworn in on the first Tuesday following the 14th day after the date of the declaration of the results by the Independent Electoral and Boundaries Commission (IEBC).

This clause only applies in the event that no petition is filed at the Supreme Court challenging the outcomes of the election.
However, Uhuru’s stay at State House may be extended by over two months in the event of a run-off, or seven days following the date on which the court renders a decision.

On Sunday, July 24, Uhuru hosted a farewell party at State House  where he thanked the staff who had served him for 10 years.

“The First Lady and I are grateful to all of you, all departments of State House, for we have worked very well together. We shall miss each one of you, and carry fond memories of working together in the service of the nation. “It has been a great pleasure and a great joy working with you because if you are working in an environment where you are happy, you are also able to deliver,” he stated.