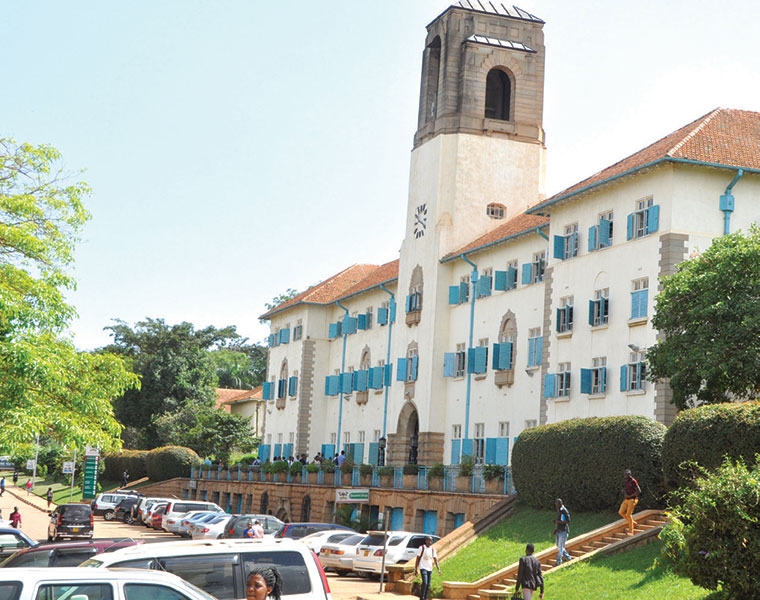 Business owners operating within the borders of Makerere University have petitioned Court challenging the institution’s council to evict them.

The Business owners under their umbrella body petitioned court challenging the decision by the institution’s council to evict them without a fair hearing is illegal and tainted with procedural impropriety.

Among other things, the business owners are also seeking for a court order to quash the university council’s resolution on account of being irrational.

One of the complainants, Julius Gumisiriza, claims in a sworn statement that the decision was based on the discovery that many business operations taking place on campus do not relate to the university’s core functions adding that the university claims that some enterprises operate in non-designated spaces, which is untrue, and that it is improper for the university to make a decision that would affect their source of income without first holding a hearing.

“That the applicants’ association members have been smoothly operating at the respondent’s premises for over 30 years, who have confidently borrowed loans from several financial institutions to support their businesses, constructed permanent and semi-permanent structures, established advance financial payments and credit provision of services with students that are still running,” reads the statement.

Gumisiriza argues that due to the lapse of time, the association members’ entire livelihoods depend on their operations on the university’s property, and they have been led to believe that there is business continuity, so it is illegal and unreasonable to terminate their tenancy agreement without consulting them or giving them enough time to prepare for their departure.