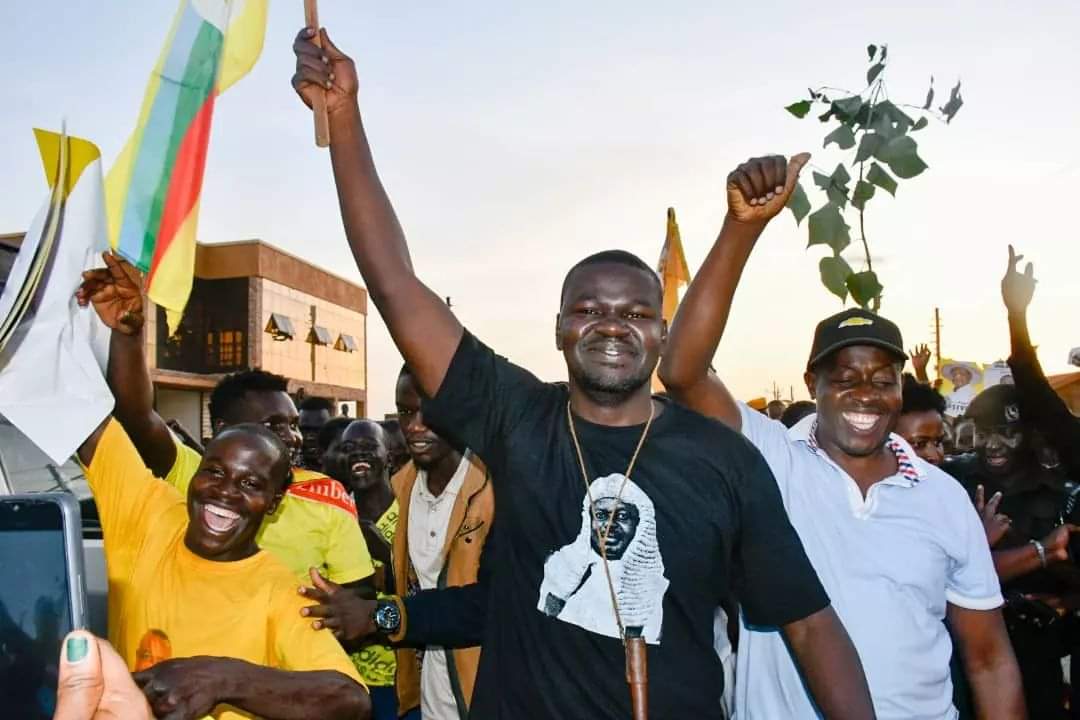 According to Forum for Democratic Change,a very unfortunate incident has happened At Omarela Polling Station where Uganda Police Force allegedly escorted the Omoro County MP elect, a one Hon. Andrew Ojok Oulanyah, son of the late Speaker of Parliament (Jacob Oulanyah), who came with 2 booklets of pre-ticked ballot papers, beat up all Polling Agents and stuffed the ballots.

Police and NRM have both distanced themselves from the accusations though preliminary clues indicate they abetted the illegality.

Andrew Ojok Oulanyah is one of the top brass NRM party officials who have pitched camp in Soroti to oversee their candidate Herbert Ariko acclaim victory by all means.

Justice Simon Byabakama, the Electoral Commission chairperson says voter turn up is incredibly high. On the contrary, opposition say NRM has been ferrying people from neighboring Kumi district to vote for the NRM candidate. Violence has been reported at some polling stations. Numberless vehicles belonging to NRM have been seen ferrying preticked ballot papers to stuff into ballot boxes.