EXCLUSIVE: Scenes you missed as Opondo drew a pistol at Lukwago 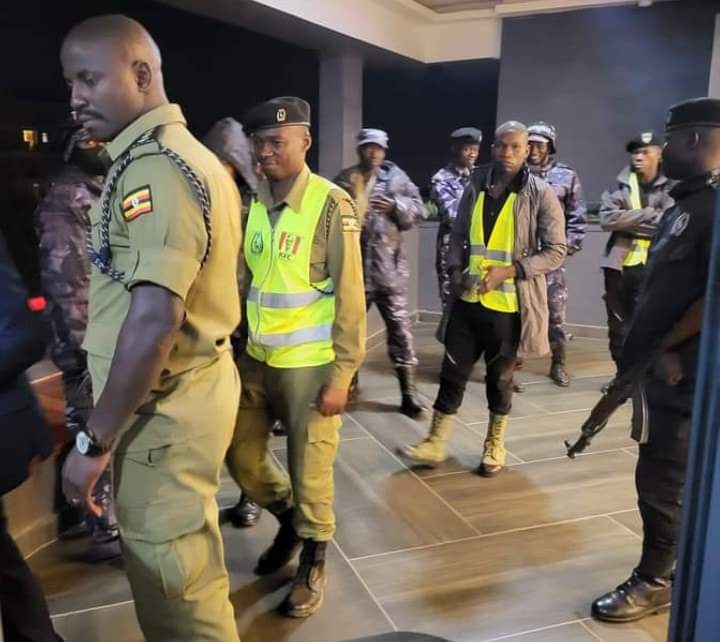 According to sources inside NBS Television studios based at Naguru, the scuffle saw Opondo leave his own seat live on air and tried to draw his pistol making threats to shoot and end the life of the Lord Mayor just to prove to him that he is in government.

It took the intervention of ICT Minister Dr. Chris Baryomunsi who pleaded with the man from Tororo not to lose his anger in a Television studio.

Opondo then slapped and kicked the Lord Mayor several times before policemen guarding the NBS premises were alerted of the rowdy situation.

On arrival, the officers restrained Lukwago’s personal bodyguard from entering the studio upon learning that it was Opondo, a government spokesperson carrying the day as he dominated the fight. The most they did was to separate the 2 after Lukwago had been beaten to pulp.

He was later forced into a waiting room next to the studio to enable the show to move on, but the moderator Charles Mwangustya deemed it unfit and cancelled the program.