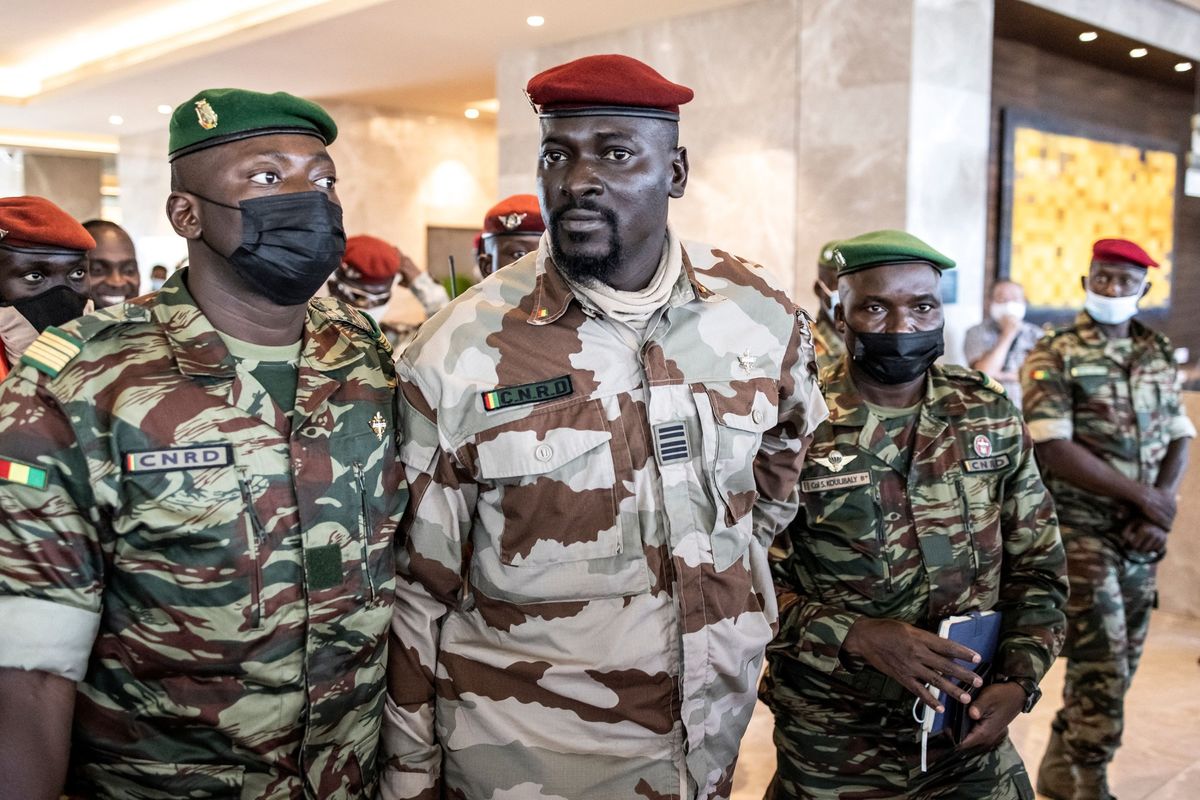 On Thursday, the capital of Guinea came to a complete standstill as a result of protests against the junta’s handling of plans to restore democracy.

In numerous parts of the capital that are seen as opposition strongholds, clashes ensued between youthful protesters and the police.

The demonstrations commenced prior to the remarks made by the ECOWAS chair, who asserted to have convinced the junta to speed up the process of returning to democracy.

Umaro Sissoco Embalo, president of Guinea Bissau and current chairman of ECOWAS, speaking during Macron’s visit to his country said:

“I was in Conakry with the President of the Commission (of ECOWAS) to make the military junta understand the decision of the summit of heads of state that the transition cannot exceed 24 months. They (the members of the junta) had proposed 36 months, but we succeeded in convincing them, and we did the same thing with Burkina Faso.”

However, the transitional government’s spokesperson and Guinean minister, Ousmane Gaoual Diallo, asserted that “neither the government nor the presidency corroborate this information on the length of the transition in Guinea.

On July 5, three National Front for the Defence of the Constitution leaders were detained, sparking some of the first violent protests since the junta’s coup. All the three were later released after being found not guilty of contempt of court over comments they had posted on social media criticizing the prosecutor’s office and the military-appointed parliament