“We were tortured to pin NUP MPs,” suspects tell court 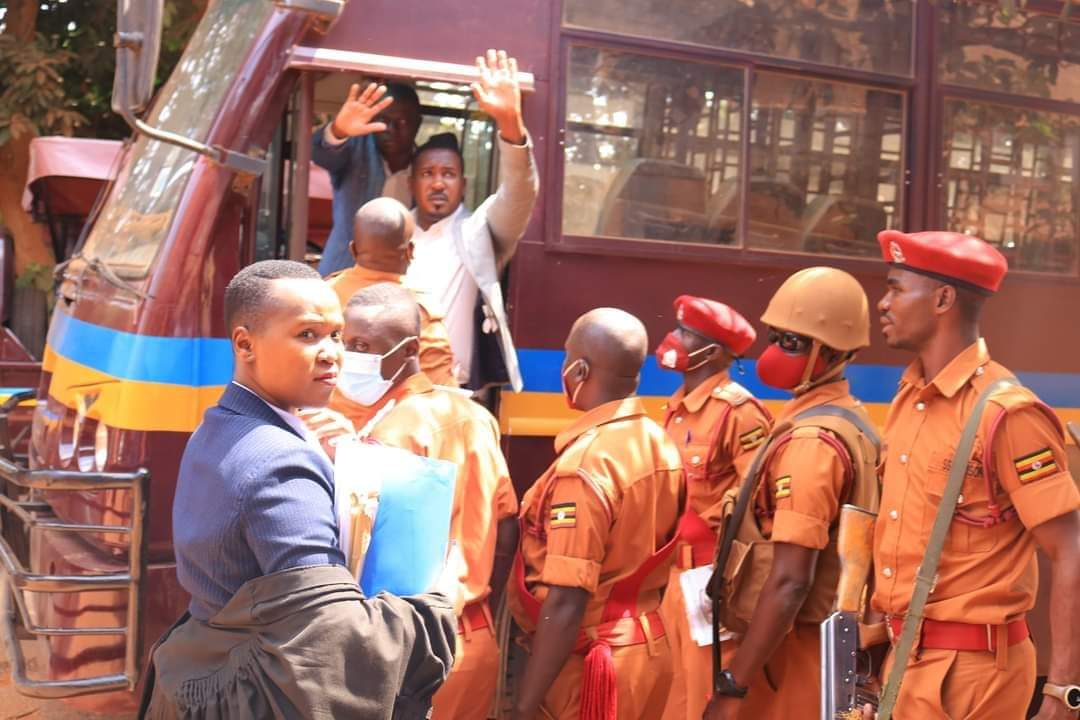 At least five suspects jointly accused with the National Unity Platform party lawmakers have confessed to court they were coerced by security agencies to confess that they were funded by the embattled MPs to commit the Masaka killings.

On Thursday at the International Crimes Division of High Court at Kololo, the NUP MPs were physically brought to court amidst heavy security.

But the court session failed to kick off after prosecution led by state prosecutor Richard Birivumbuka prayed for more time as their evidence had not been filed and served to the lawyers of the accused.

But renowned city lawyer Caleb Alaka who has joined the Ssegirinya legal team told the presiding judge that he had just obtained the evidence a day prior.

“My lord, Caleb Alaka is my name, yesterday evening (Wednesday), as defense lawyers of A5 and A6 (the MPs), we were served with three medical examination reports, PF24,examination reports of the accused and sketch maps, my lord, we have not internalised these documents,” Counsel Caleb Alaka, one of the MPs’ defence lawyers, told presiding Judge Jane Elizabeth Alividza.

Suspects confesses to coercion and torture by security

Charles Kanyike, one of the suspects emotionally told court he had been subjected to untold suffering at SIU Kireka as he was being told to pin the jailed NUP MPs. “After my arrest, I was put in a drone and driven to Kireka where I was beaten and told to confess, accept that I committed the crimes or I lose my life. After this I was again put in a drone and taken to some barracks where I was given two options to either say Mr Ssewanyana and Ssegirinya are the ones behind the murders or I lose my life,” he said.

Ssegirinya Muhammad and Allan Ssewanyana told the judge that they have to-date never been accorded any specialized medication by the Uganda Prisons Service. The MPs say the entity is too incapacitated to handle their special health concerns. Ssegirinya said prior to his arrest, he had been frequenting the Aga Khan hospital in Nairobi to handle his liver complication.

Court set August 11 as the next date for the case hearing. The judge however urged state prosecution to be ready with their evidence.