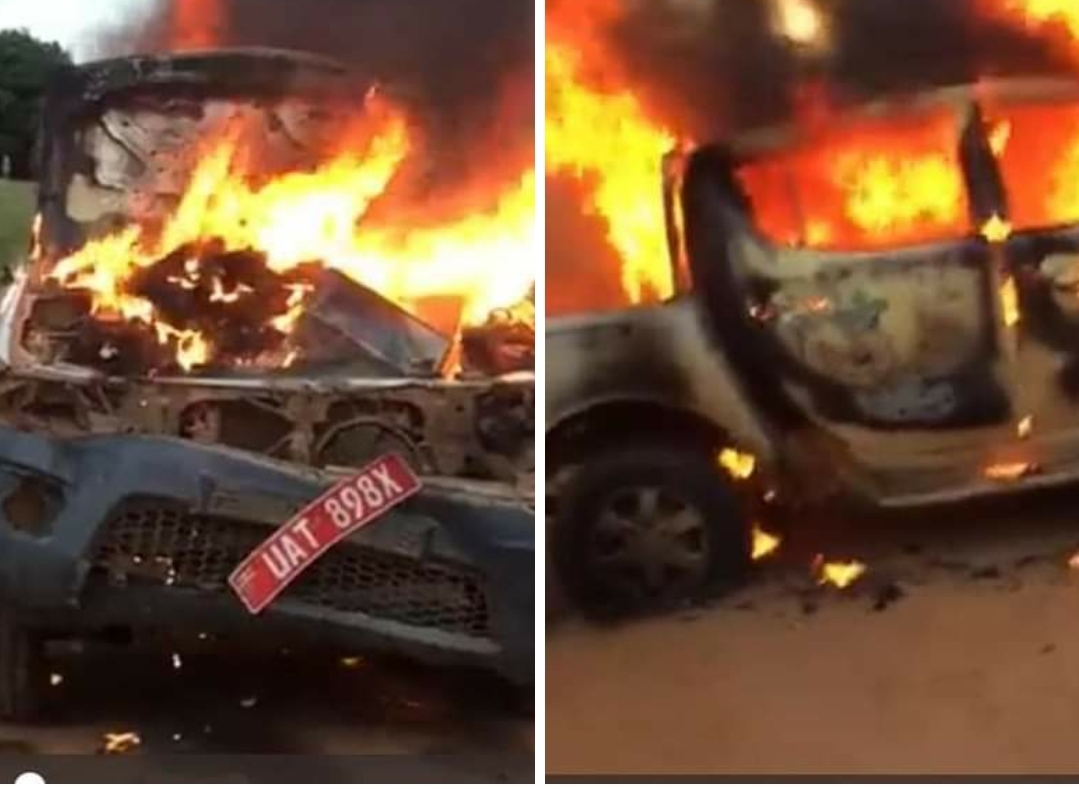 A Driver of a pickup registration number UAT 898X on Sunday knocked and injured female adult pedestrian identified as Drisaru Janet, a local of Arua city.

The driver according to observers then made a u- turn and ran over Drisaru who was injured and killed instantly.

By the time police reached at the crime scene, the angry locals had already set ablaze the picked up which knocked Drisaru dead.

The angry mob then descended to the police post to break the cells in order to kill the driver who had been rescued by police.

Some police officers were injured during the running battles. Police have not yet issued a statement on the matter.