Today, the opposition political parties responded to an arrangement made by the leader of the National Unity Platform party Hon. Kyagulanyi Ssentamu Robert.

The event was held at Hotel Africanna in the capital, Kampala.

Amongst some of the matters that topped the discussion was the need to forge unity amongst the parties questing for change of leadership. The leaders discussed a plethora of strategies and questioned the trend of by-election where the ruling NRM party indulges in broad daylight malpractice.

Below is the full statement signed by all opposition players and representatives from political parties; 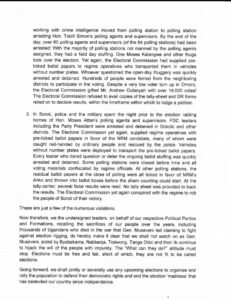 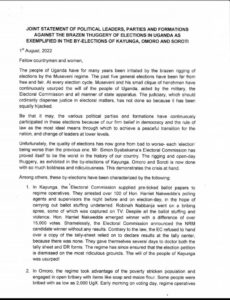 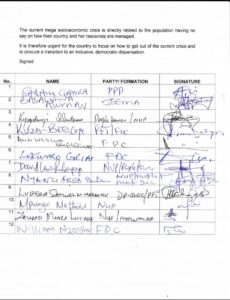