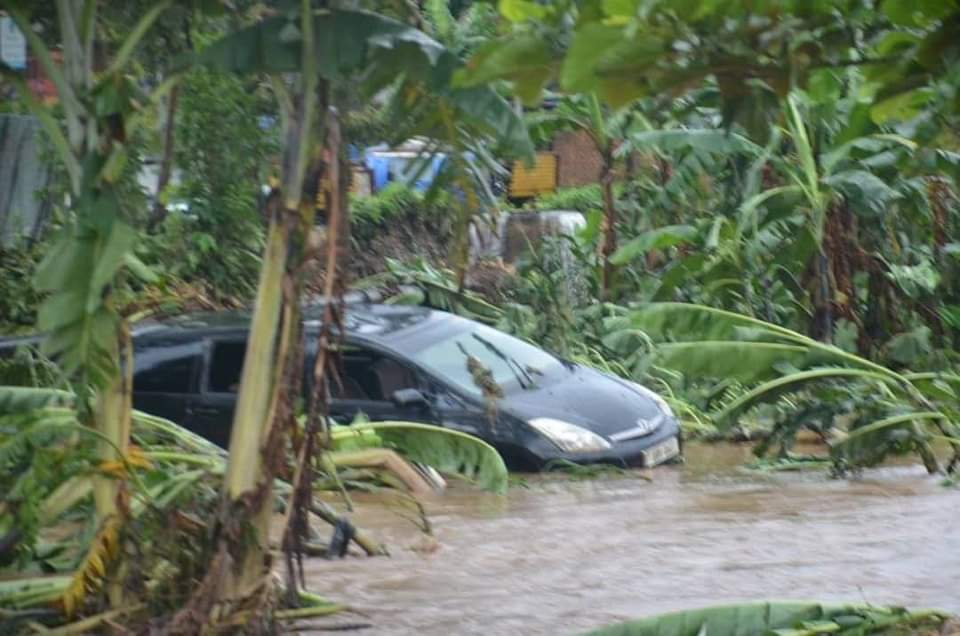 Locals in Mbale city have stressed that a much higher death toll was registered in the deadly floods that ravaged the neighborhood after a heavy Friday late night downpour induced river banks to burst into residential areas.

“The floods caught people unaware. I am very sure very many have been killed,” says Masaba Musa, a resident of Namakwekwe ward. “The death toll may have over 20 people,” he added.

Five bodies including one of a 26 year old UPDF soldier were Sunday recovered by police according to a statement by the Elgon PRO ASP Taitika Rogers.

The tragic floods caused untold suffering as people strived to helplessly escape out of danger. The most affected areas are those close to the Mbale-Kumi highway at Nabijjo Cell, Namakwekwe ward, Northern division, while Mbale city centre was flooded by River Nabuyonga. A couple of vehicles were swept and all the occupants were killed. One has been identified as Tamunooza Doreen aged 24.

By Sunday evening, at least 11 bodies had been retrieved in a joint security search championed by the UPDF and police marines. Locals however stress that the death toll is likely to surpass what government has so far reported. This very Monday morning, a Toyota Hiace Super custom vehicle was discovered with at least 9 dead bodies.

We await a detailed police statement on the tragedy.