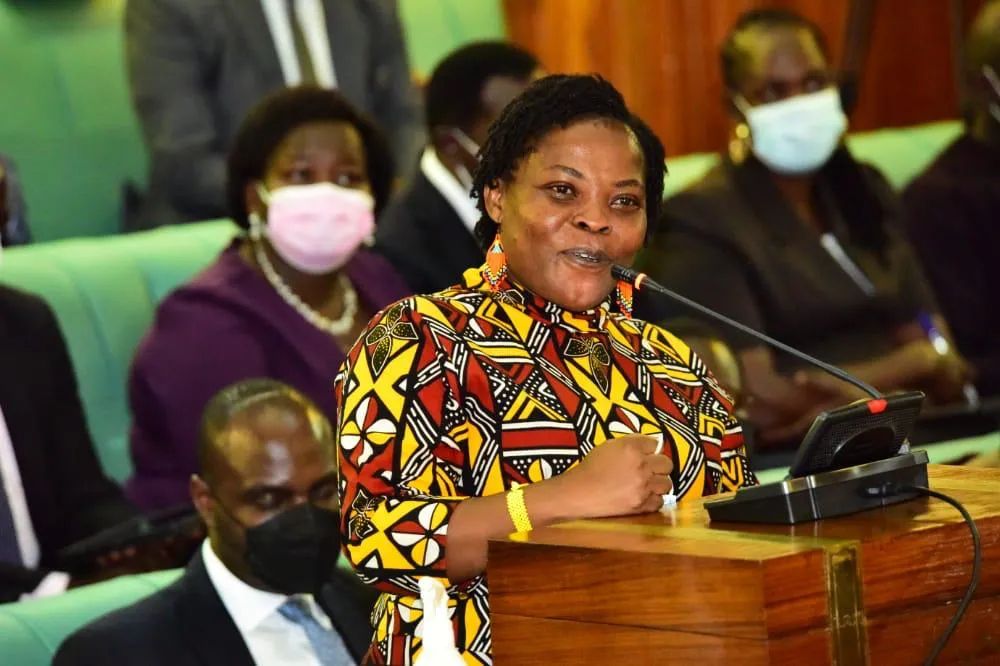 The state Minister for Karamoja Affairs also woman Member of Parliament for Buduuda district Hon. Agnes Nandutu has scoffed at the National Unity Platform party over their recent consignment of food dispatched as relief to the hunger struck Karamoja Sub-region in remote Eastern Uganda.

Naduttu, while appearing before a weekend political show stressed that NUP’s food consignment had a political statement attached to it. She says the opposition party knows how rooted the NRM is in the Karamoja Sub-region but instead wanted to compete for supremacy.

“These people of NUP are funny. Even where there is a disaster, they want to play politics,” Nanduttu said. “By the time their little food came, government through the office of the Prime Minister had already sorted majority of the starving people. I don’t think NUP had to waste its little resources,” she added.

The former NTV journalist who joined politics is renowned for her ardent criticism for the leadership of Hon. Kyagulanyi Ssentamu Robert. At the send off of the late father to the opposition Chief Whip John Baptist Nambeshe in Buduuda earlier this year, Nandutu instructed some of her aides to charge at NUP supporters who heckled the Deputy Speaker Thomas Tayebwa off the podium as he gave a speech. Nandutu afterwards charged at Bobi Wine and told him he will ‘never rule Uganda’ if he still uses ‘a hooligan approach’.

Meanwhile, a recent report revealed that some of the government relief food had been stolen by officials in the OPM and diverted to their private stores for business.