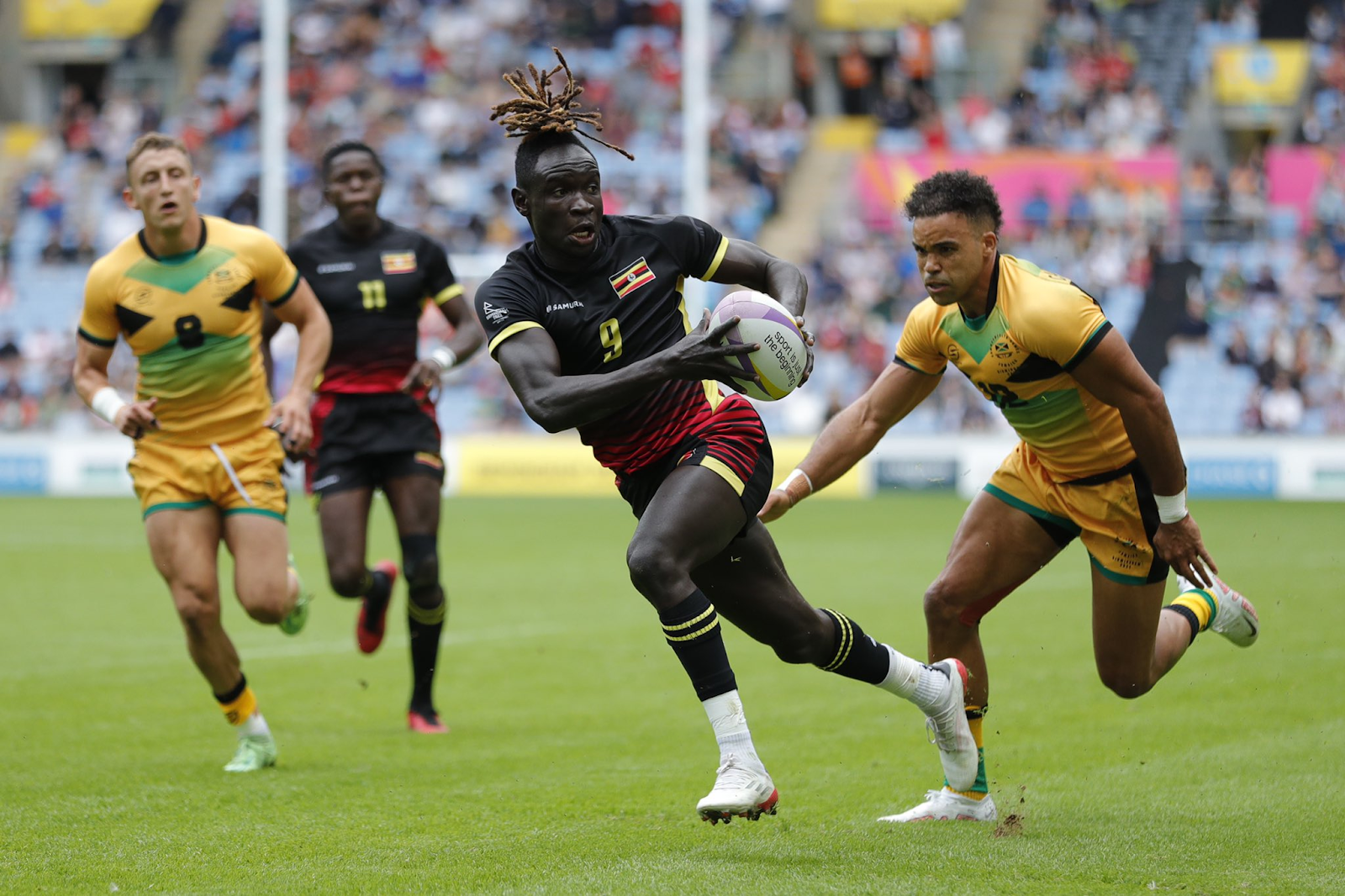 Uganda’s Rugby 7s team has caught the Rugby world’s attention by finishing 10th overall in the Commonwealth Rugby 7s tournament after losing 31-5 to England in the placement game.

This was an improvement from the previous performance in Gold Coast where the team finished 12th overall in 2018.

According to Tolbert Onyango, the team’s coach, the boys’ outstanding performance will give the squad a lift as it prepares for the World Rugby challenger series, which will take place in Chile from August 12 to 15.

Displaying great spirit and skill, the Rugby Cranes 7s team, which competed in Birmingham, left no stone unturned and had earlier in the day defeated Tonga 27-7.

Tonga and Jamaica are some of the teams in the Challenger series which is the qualifier for the HSBC World Rugby seven series where the team will likely shake up things a little more.