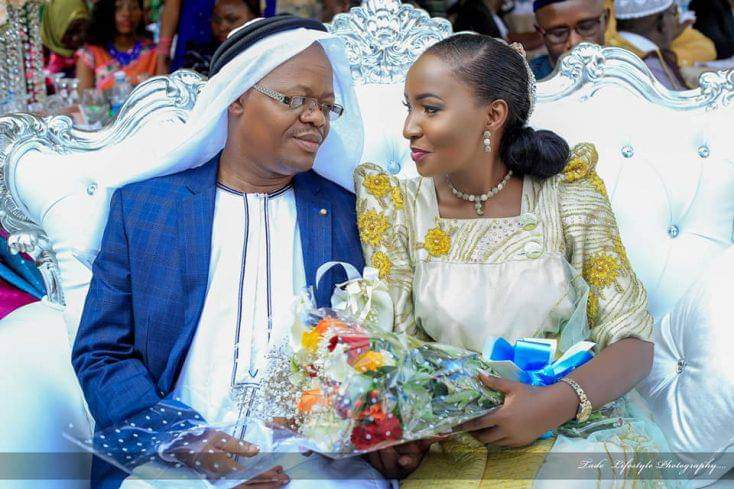 Magogo’s First Wife Ms. Dellah Ssali is terribly upset With the Speaker Rt. Hon. Anita Among for ‘stealing’ Her Husband, Eng. Moses Magogo simply because she ‘has more money than her.’

Sources say upon emergence of social media pictures showing what appears to be a formal matrimony between Among and Magogo, Ms. Della Ssali cursed the and she blacked out instantly. “She was so upset and fainted. We rushed her to hospital,” a relative explains without giving much details.

After spells of time with rumours circulating that Moses Magogo and Anita Among are dating secretly, it is no longer gossip as the two finally legalized their bonking sessions leaving his longtime lover spending cold nights alone.

The FUFA president who also doubles as the MP Budiope East legislator is said to have over the weekend secretly visited the parents of Annet Anita Among who is the Speaker of the Parliament of Uganda.

Despite keeping it so secret for political reasons, it is understood that Magogo paid dowry worth 50 cows and close to 30 goats in a bid to make Anita Among his formal wife.

Magogo who is also the chairman of the ICT committee of parliament has been husband to Dellah Ssali with whom they have enjoyed life for the past times with tours across the world but Anita comes in strongly to take center stage.

Magogo and Among have secretly been dating and were recently spotted as lovebirds when they visited Mukono Municipality woman legislator Betty Nambooze Bakireke when she was bedridden at Rubaga Hospital. It left many people with questions why the FUFA boss and the Bukedea woman MP are ever close to each other.