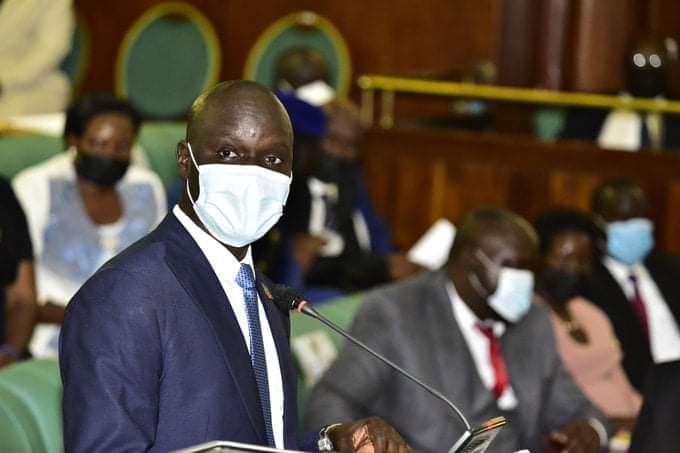 The Bardege Layibi Member of Parliament Martin Ojara Mapenduzi has reportedly fainted after suffering double jeopardy for his inconsistencies, sources say. The FDC leading independent has been struggling to reconcile his mind with the fact that he has lost his affection for the speaker Anita Among who opted to drop him for her long time lover Eng. Moses Magogo.

SEE ALSO: Will Among fulfill her Ministerial pledge to Gulu’s Mapenduzi?

The Acholi Parliamentary Group MP came to limelight after passing the motion that saw the impeachment of Mityana municipality MP Zaake Francis Butebi from the office of the Parliamentary Commission.

A mega reshuffle announced by the Leader of Opposition Rt. Hon. Mathias Mpuuga Nsamba this morning has named Hon. Gilbert Oulanyah as the new chairperson of the Local Government Public Accounts Committee, a portfolio that has been held by Mapenduzi.

The appointments have been made on Tuesday morning.
Nakimuli replaces Baale county member of parliament Charles Tebandeke who first held the portfolio while Hon Katabaazi replaces Hon Gilbert Oulanyah who has been redeployed as Chairperson of the Local Government Public Accounts Committe.