Opposition are a bunch of failures-Byabakama 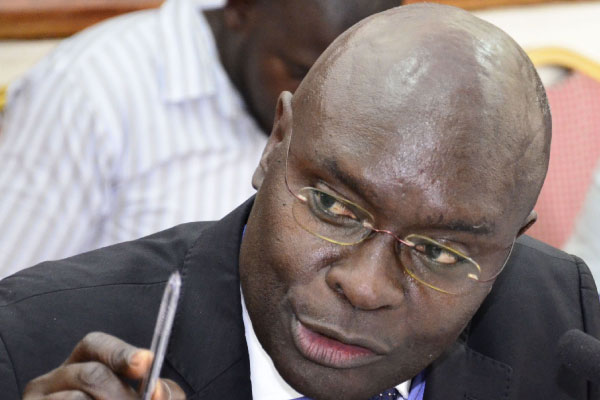 The chairperson of the independent Electoral Commission Justice Simon Byabakama has faulted the opposition political parties for failing in all the preceding by-elections in Kayunga, Omoro and Soroti.

According to Byabakama, the opposition use a very ‘ruthless and aggressive’ vote hunt approach. He says instead of preaching their manifesto, opposition candidates are heard and seen issuing ‘threats’ to the voters.

“To them it’s a do or die. They think they have to win all time. I have been in all past by-elections and I can confirm to you that these people of opposition are very confused,” Byabakama said. “What I saw in Soroti was sickening. I saw one NRM official being harassed by the opposition supporters. He was only rescued by his ADC who dragged him to the vehicle to save him from the rowdy mob. With such confusion, opposition has no journey in our political space,” Byabakama adds.

The Forum for Democratic Change party leadership however faults Byabakama for failing to ‘take charge’ of the polls. They say he had to urge the police to produce all the detained opposition agents or else the ‘polls would be cancelled.’