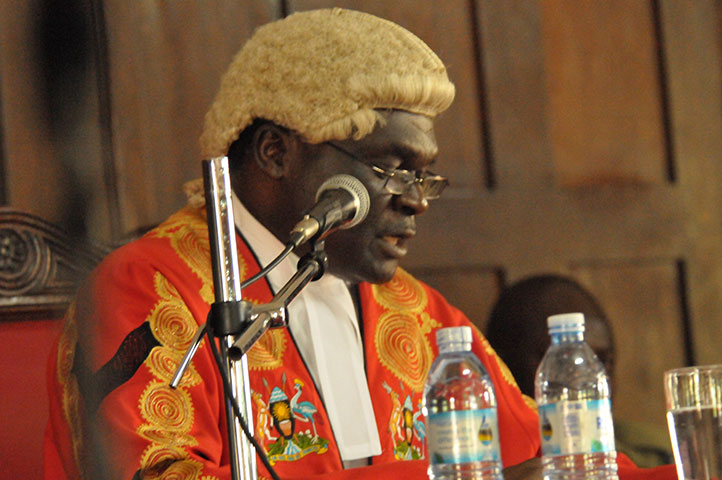 The Chief Justice Alphonse Owiny Dollo on Tuesday snubbed a high profile engagement he was supposed to hold with the Leader of Opposition in the tenth parliament Rt. Hon. Mathias Mpuuga Nsamba.

The major basis of the meeting was the unanswered question of the fate of the jailed lawmakers of the National Unity Platform party, Hon. Allan Ssewanyana of Makindye West and Muhammad Ssegirinya of Kawempe North.

Sources say the LOP was to bring to the attention of the Chief Justice the unending trial of the lawmakers whose fate remains unpredictable.

Since their arrest in September 2021, the two MPs have been in incarceration with their attempts to obtain bail severally brushed off by state prosecution.

Dollo, without any explanation was a no show despite preparations and efforts made by Rt. Hon. Mpuuga to hold the engagement.

It should be noted that the newly appointed Justice and Constitutional Affairs Minister Norbert Mao has been assigned by some of the opposition politicians to bring to table the ordeal of political prisoners and double up efforts to have them released.