Mapenduzi shies away from media day after sacking 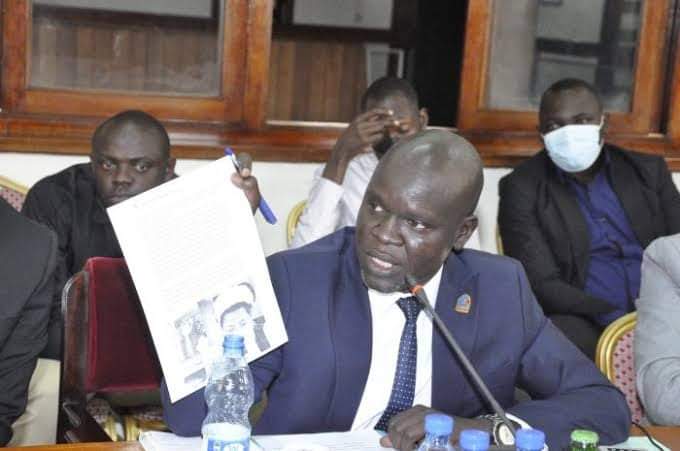 Bardge Layibi MP Hon Ojala Martin Mapenduzi is still cursing life and living in regrets after he earlier in March moved a motion to impeach Hon MP Zaake Francis Butebi as member of the parliamentary Commission.

NUP decided to appoint Kilak South MP, Hon Gilbert Olanya to replace the defiant Mapenduzi who refused to abide to Hon Kyagulanyi’s orders not to lead the Zaake impeachment.

Asked for a comment immediately after his reshuffle, Mapenduzi denied regretting adding that his sacking has not ‘come as a surprise.’

However some of his close associates have told this media that the disappointed Mapenduzi tried to make a few phone calls to plead with the NUP principal but he refused to answer his calls.

Mapenduzi this morning evaded media cameras as he arrived at parliament shyly. Yesterday, the Speaker of Parliament Rt. Hon Anita Among tried to cover up for Mapenduzi as she asked LOP to submit an official letter detailing the reshuffle. “I have not seen that letter replacing Mapenduzi,” said Among during plenary yesterday.