Nnabagereka safely jets in US 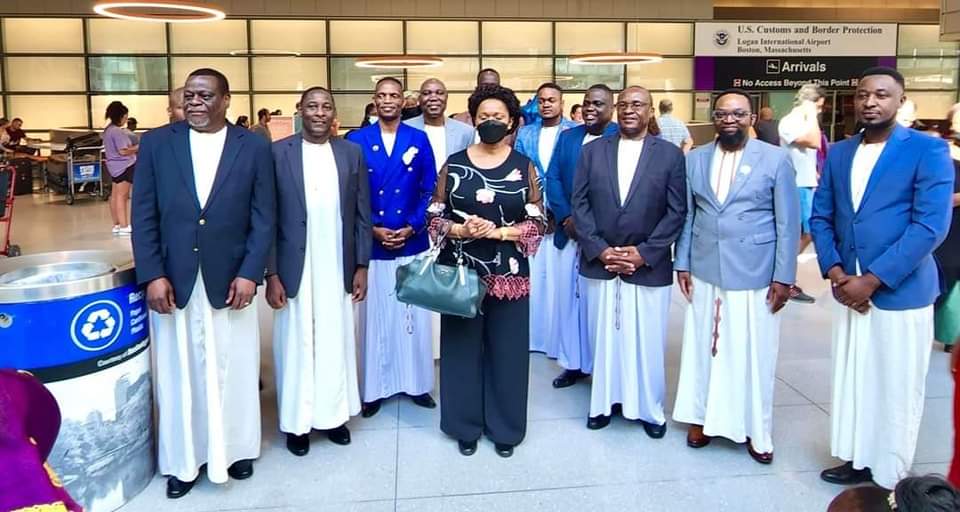 Nnabagereka and her entourage were welcomed by a delegation of Buganda Kingdom loyalists on Tuesday evening.

Earlier on, her trip was met with stiff resistance from a section of disgruntled supporters of renowned blogger Kajjubi Fred Lumbuye who in one of his live shows engineered a narrative that the queen mother had deliberately declined to heed to calls to have the Kabaka of Buganda His Majesty Ronald Muwenda Mutebi II flown abroad for treatment.

A woman known as Nalubwama Phiona donned in NUP attire was seen in an 8 minute video issuing threats to afflict harm or embarass the Nnabagereka in case she came for the Boston trip without ‘taking the Kabaka for treatment.’

NUP party principal Hon. Kyagulanyi Ssentamu Robert aka Bobi came out and condemned the erratic behavior and urged those protesters not to affiliate to NUP whenever they want to disparage the officials of Buganda Kingdom. Bobi said NUP does not stand with such characters. This prompted blogger Lumbuye to come out and threaten the NUP leader but he encountered a backlass that brushed him off social media till his exile ended yesterday.