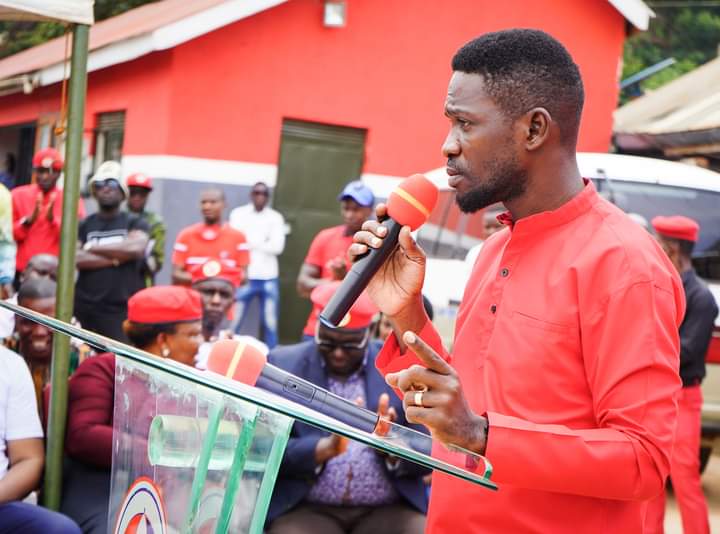 The National Unity Platform President Hon Robert Kyagulanyi Ssentamu has today exposed the real reason why the Kawempe South MP Hon Kazibwe Bashir has been a no show in many of the party activities for a while now.

While addressing a presser at the new party headquarters in Makerere Kavule, Kyagulanyi said that the area MP Hon Kazibwe Bashir decided to betray the struggle after he accepted to start dining and eating President Museveni’s money.

Kyagulanyi said that Ugandans should not be surprised by Kazibwe’s actions because there are many people acting in the same way within NUP as well as other opposition parties citing examples of DP President Nobert Mao , IGG Beti Kamya Turwomwe , former Deputy Lord Mayor Hon Sarah Kanyike and so many others.

He thus asked Ugandans not be be demoralized by the actions of some of the leaders but rather this should make them more determined to liberate themselves because the struggle is for the suffering Ugandans not for politicians who can afford what to eat and drink.

Kazibwe has for long been termed as a mole working for Gen Museveni with Kyagulanyi’s words painting a clearer picture as to what the NUP administration thinks of him.

A few months ago, Kazibwe survived being beaten by angry Street vendors of Kawempe after he tried to attend one of the meetings they had held about the continued mistreatment by the KCCA enforcement team. The angry vendors accused Kazibwe of dinning with the oppressors. It was only the Lord Mayor Erias Lukwago who saved Kazibwe who asked him to walk out of the meeting to avoid trouble.