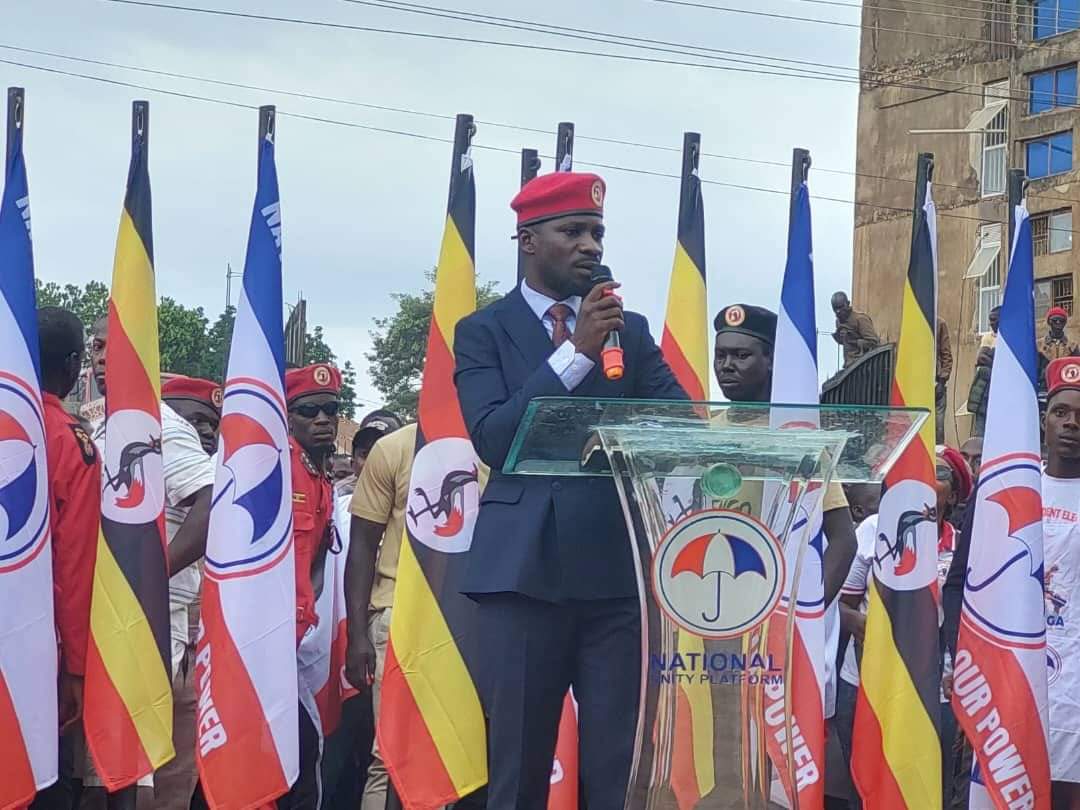 The National Unity Platform President Hon Robert Kyagulanyi has today while appearing in a presser at the new home of the party in Makerere Kavule let the cat out of the bag on how the opposition is ready to shift in new gears by going to the streets to over throw Gen Museveni.

Kyagulanyi who was addressing the NUP supporters for the first time since the opposition signed a unity document earlier Monday has made it clear that it is high time Ugandans borrowed the tactics of Libyans and Sudanese who went to the streets and brought down the dictatorial regimes of Col Muammar Ghadafffi and El Bashir respectively.

“We are ready to take the struggle to the streets like in Libya and Sudan to over throw Museveni,” Bobi Wine said.

The NUP principal further reminded Ugandans that elections will not bring down the regime but rather the citizens should put into action article 3 of the Ugandan constitution that gives green light to citizens to bring down any government that they feel is not working in their best interest or oppressing them.

Kyagulanyi who was being cheered by the big crowds asked all Ugandans to prepare for this mission which is to start very soon adding that every one should fight had for the future of the coming generations to live a better life than the present.

At the ceremony, a delegation of Democratic Party Members led by former Rubaga South MP aspirant Eugenia Nasolo declared their allegiance to the National Unity Platform party. The defectors were delivered by Kyengera Mayor Mathias Walukaga.