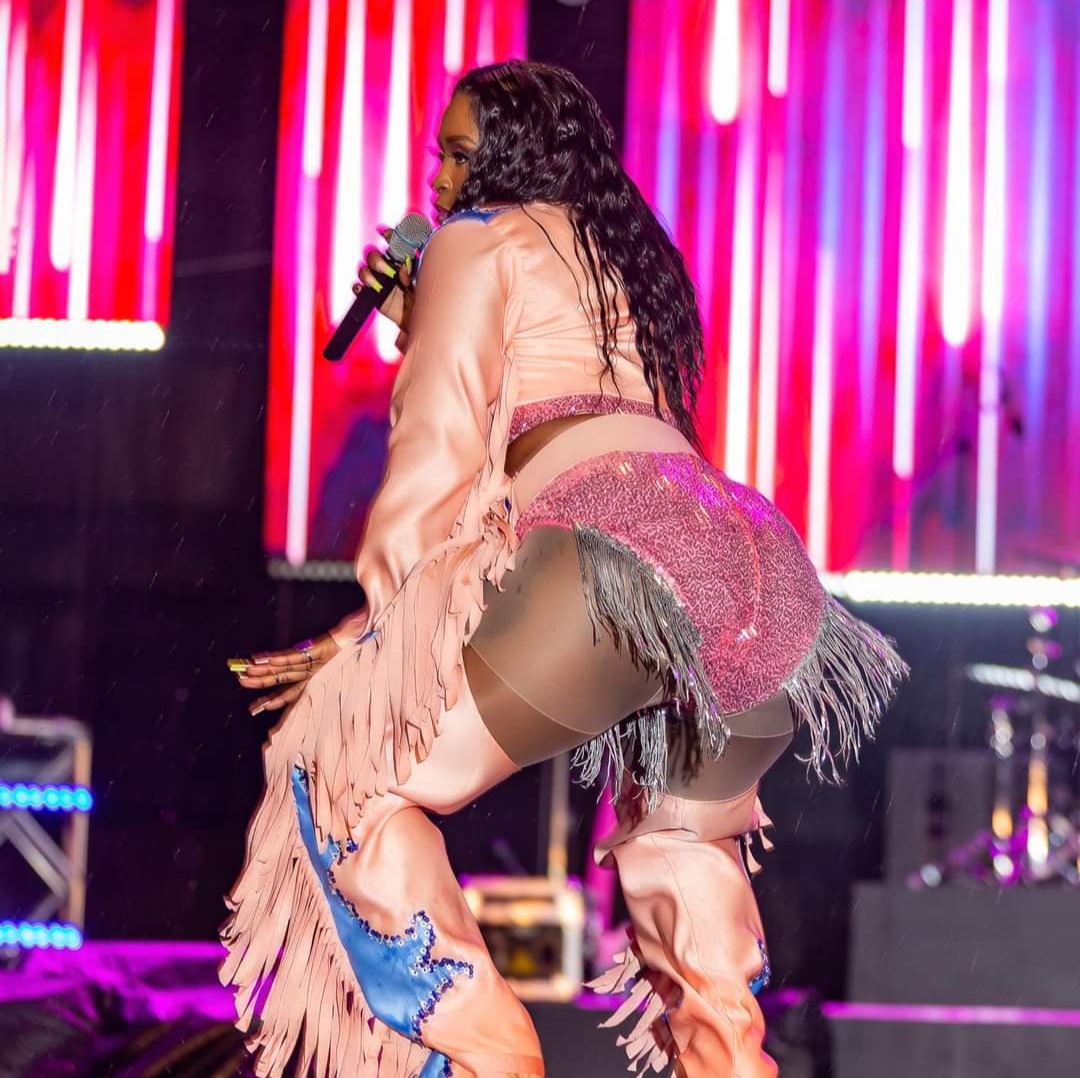 The Ministry of Internal Affairs spokesperson Mundeyi has weighed in on what compelled the police officers at the premises to evict celebrated Swangz avenue artiste Winnie Nwangi.

According to Mundeyi, “Winnie Nwagi’s dress code was intolerable”. He says the children who had accompanied their parents at the Internal Affairs office were pointing at Nwangi and making comments about her poor dress code.

“Her indecency attracted the attention of underaged children at our offices. We cannot accept such immorality,” Mundey says. “Nwagi is a parent, I presume. She has to stop wearing skimpy shorts when going to public places,” he guided.

It is not the first time Nwagi, who is set to hold her maiden concert at Lugogo Cricket Oval on September 9, has been accused of indecency in front of children.
In 2019, her video went viral while she performed indecently to students at St Mary’s College Kisubi

Ugandans on social media have however tasked the internal affairs ministry to treat tourists/foreigners the same way. “I doubt if the humiliation they subjected Nwagi to can be made on a foreign national yet they even dress worse than that,” one Ugandan said.