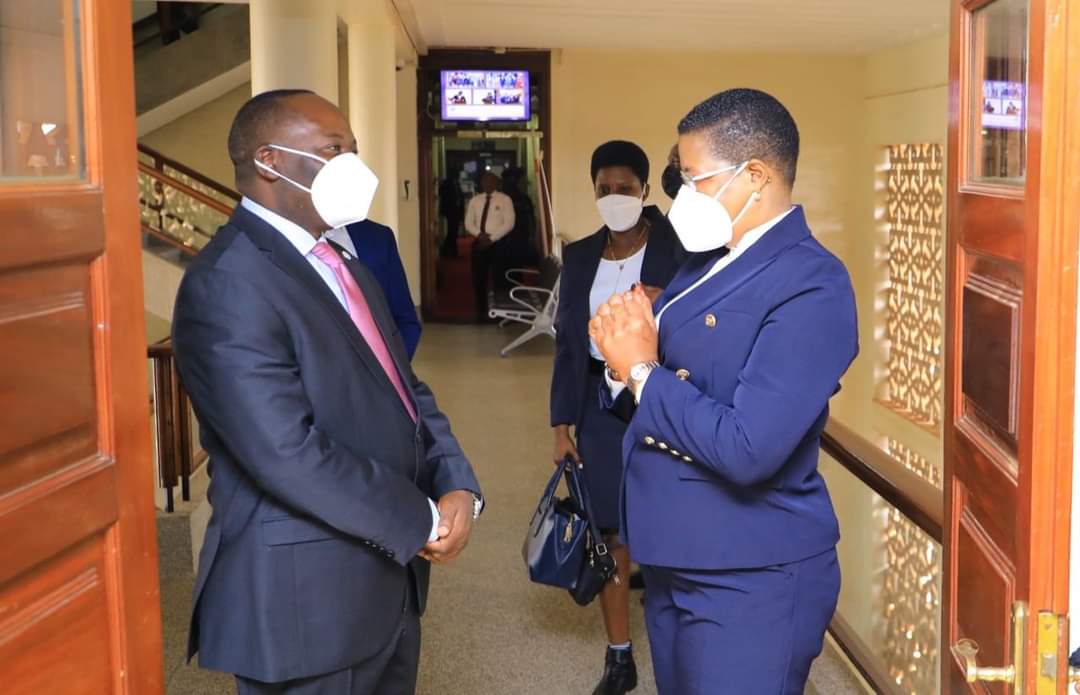 The Leader of Opposition Rt. Hon. Mathias Mpuuga Nsamba has been challenged to act within his capacity to protest the bullying exhibited by the speaker of Parliament Anita Among on Wednesday as she strongly contested the dropping of her blue eyed boy Martin Ojara Mapenduzi from the chairperson of the Local Government Public Accounts Committee. Mapenduzi had been replaced by Kilak South MP Gilbert Oulanyah.

Citing the need to leave Mapenduzi to accomplish his assignments in the designated 2 and a half years, Among strongly opposed the reshuffle tabled to her by the opposition Chief Whip John Baptist Nambeshe. Among argued that the Bardege Layibi MP Ojara Mapenduzi needed some more time to accomplish the assignments on his table before he could be reshuffled.

“The redesignation will be by way of motion which shall be subjected to debate on the house,” argued Among as she cited the rejection of Katuntu’s reshuffle as COSASE leader in the tenth parliament. Among says Abdul Katuntu was retained by then speaker Rebecca Kadaga who said he could not be replaced by Mubarak Munyagwa as he still had assignments to accomplish.

Among added that the only way he can be reshuffled is after the term of 2 and a half years expires. Among also said the only other way is when the opposition leader Mpuuga subjects the matter to debate on the floor of Parliament and the entire house casts a vote on the matter.

Analysts have however warned that this thing may complicate the matters of the opposition arguing that the LOP’s powers may be usurped by the office of the speaker.

“Mpuuga should not allow that thing to happen. He may be powerless for the rest of his term,” Kibirige, a political science student at Makerere argues. “Unless he is part of the game in fear of being reshuffled by his party, the LOP has to exhaust his powers and reshuffle Mapenduzi as tasked by his party,” he adds.