NUP to back Odinga for Kenyan Presidency 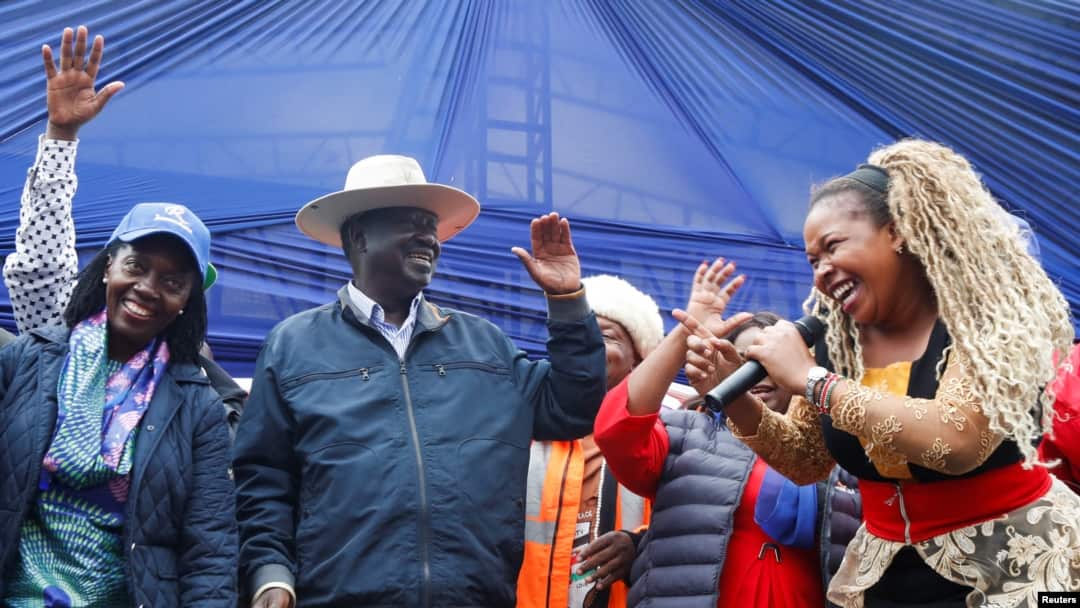 The National Unity Platform party says it will back veteran Kenyan opposition leader, now a presidential contender for the 2022 polls, Raila Amollo Odinga.

The position of NUP in the looming Kenyan polls that are less than a week away has been revealed by the Kampala woman MP Shamim Malende, in a press address this Thursday morning.

Malende says the party has already dispatched a team to Nairobi to canvass for support for Odinga who is tusstling it out with the Deputy President William Semei Ruto.

“We have already sent our members from the party to go and campaign for Raila Odinga,” Malende revealed. “We are supporting Raila because he will defend and uphold the democracy of Kenya,” she added.

Malende further says the reason NUP can’t ‘sit on the fence’ in the affairs of Kenya are obvious. “What happens in Kenya directly affects us as Uganda. We have co-existed with Kenya and she’s a strategic partner to our national growth,” she adds in reference to Kenya’s being a major regional trade ally to Uganda.

Political pundits say NUP’s decision to back Odinga are inspired by anticipations that William Ruto has the backing of Gen. Museveni. Earlier this very year, Ruto frequented the Ugandan state house in what was said to be a pursuit for support from Gen. Museveni who is perceived to be a regional kingpin. Ruto’s visits were widely criticized back home in Kenya and in fact one of his trips was halted by the Kenyan immigration officials.

However, Raila Odinga also paid a visit to Gen. Museveni and their discussions were not disclosed to the public.